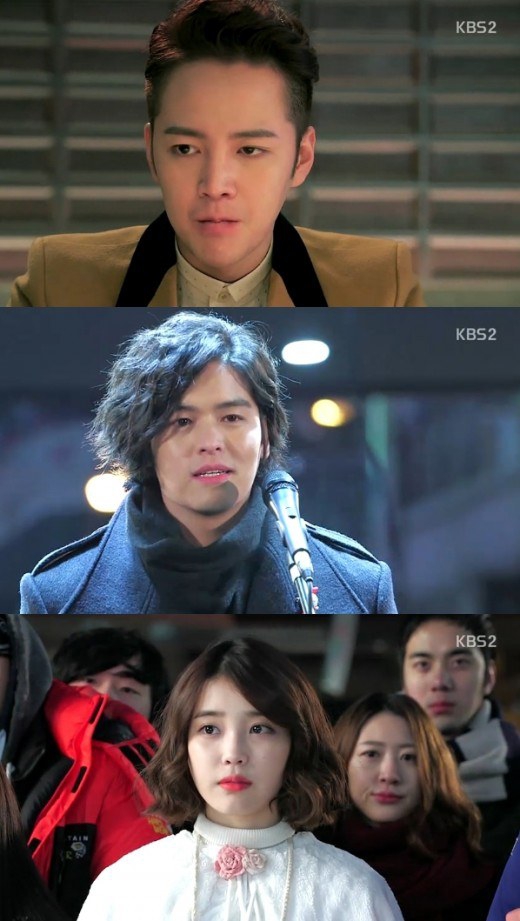 The song David wrote for his Christmas performance was full of love. His team asked if he was in a relationship and that's how romantic his song was.

However, Mate (Jang Keun-suk) did something unlike him. He reserved a table at the restaurant himself and invited Bo-tong. She then mentioned David's concert and asked if he would go see it. He told her not to be late.

He even told David, "I would like to go cheer for you but I have a date with Bo-tong". David knew very well that Bo-tong wanted to spend Christmas with Mate. David told her that he would record the concert for her and to enjoy her date with Mate.

However, Bo-tong's choice was not Mate but David. He was encouraged by this and said, "I dedicate this song to the woman who put me in a tight spot". He serenaded to her and she realized the emotion coming from him was love for her.

"[Spoiler] "Pretty Boy" Lee Jang-woo's serenade reaches IU"
by HanCinema is licensed under a Creative Commons Attribution-Share Alike 3.0 Unported License.
Based on a work from this source