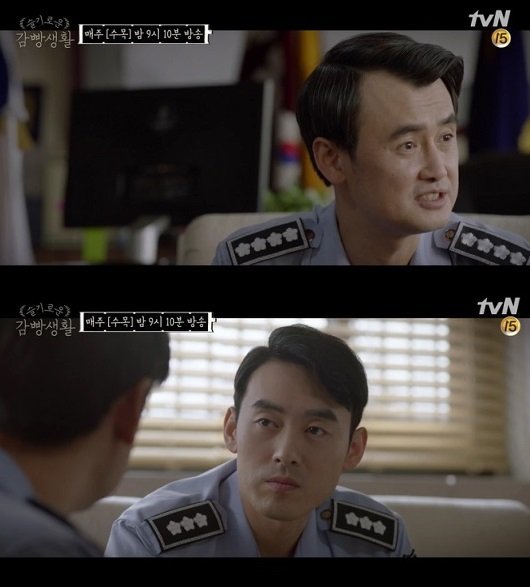 On the latest episode of the tvN drama "Prison Playbook", Mr. Na told the chief that Mr. Paeng (Jung Woong-in) should be disciplined for his actions.

The chief said, "We were almost on the front covers of the newspaper and of course I'll discipline him. I am a strict man". However, Mr. Na took it a step further and suggested, "Let's transfer Mr. Paeng".

The Chief said, "No. If you don't like him. You should be transferred. You are good at what you do, but I need someone like Paeng along with someone like you".

Because of an incident in his past, Paeng had left the doors open because he thought there was a fire in the prison.

"[Spoiler] "Prison Playbook" Jung Woong-in Faces a Crisis"
by HanCinema is licensed under a Creative Commons Attribution-Share Alike 3.0 Unported License.
Based on a work from this source