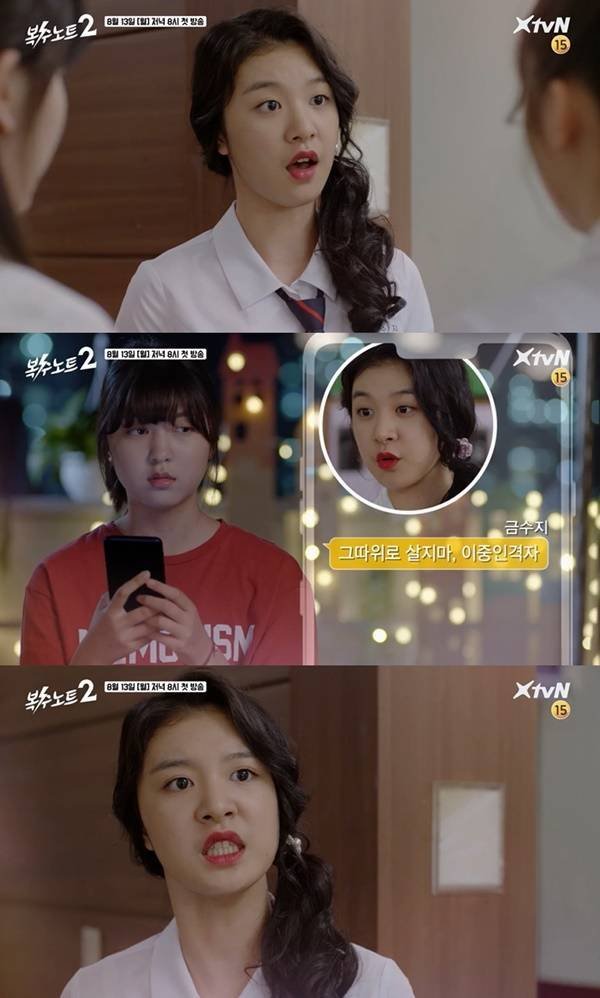 The episode on the 13th dealt with school bullying, which an issue in the realistic society today.

Geum Soo-ji (Kim So-hee-I) started bullying Oh Ji-na (Ahn Seo-hyun) who stopped her from cheating in a test, but got the blame for it. Geum Soo-ji tripped Oh Ji-na in the cafeteria and spilled her plate on Ji-na's back. She also filmed a blackmail video in the bathroom and sprayed beer on Ji-na.

Then strange things began to happen to Soo-ji. She was smacked with water on the street and she got a nose-bleed after the car stopped abruptly. In the end, Ji-na was amazed by the revenge note. In addition, Jay (Ji Min-hyuk) and Robin (Samuel) were in love.

"[Spoiler] "Revenge Note 2" Ahn Seo-hyun Is Amazing by Revenge Note "
by HanCinema is licensed under a Creative Commons Attribution-Share Alike 3.0 Unported License.
Based on a work from this source