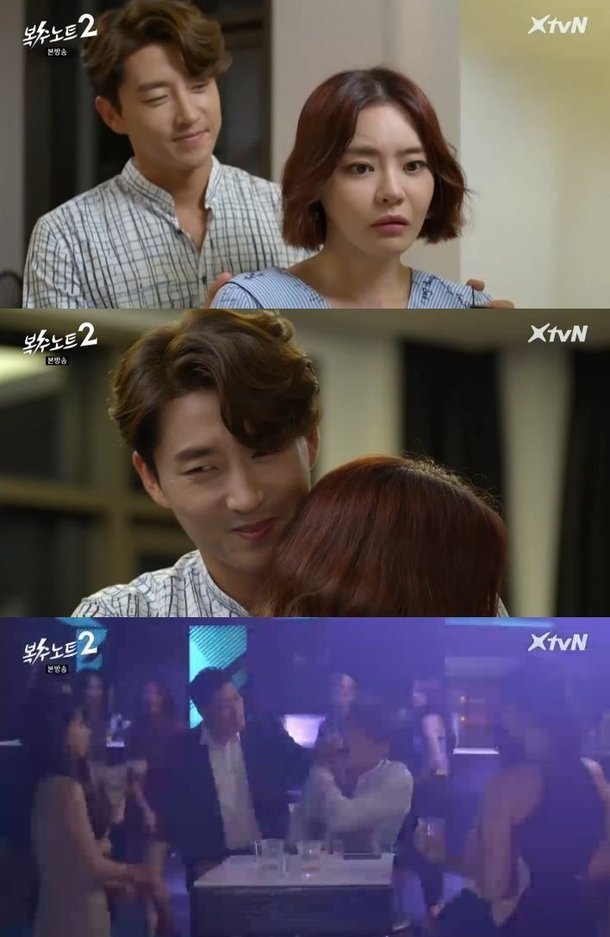 On the latest episode of the XtvN drama "Revenge Note 2", Seo Yu-ri was proposed to by her boyfriend.

Sa Ki-joon proposed to Kim Seon-hee (Seo Yu-ri), but he tried to borrow money from her for his business investments.

He even approached other women in a night club where Seo Robin (Samuel) worked. He was even in a relationship with another woman after he proposed to Kim Seon-hee.

Oh Ji-na (Ahn Seo-hyun) was working in a wedding hall when she saw Sa Ki-joon with another woman and knew he was cheating. With the help of Seo Robin and Seo Jay (Ji Min-hyuk), she discovered with certainty that Sa Ki-joon was marrying another woman and that he was only after Kim Seon-hee's money.

"[Spoiler] "Revenge Note 2" Ahn Seo-hyun Witnesses Seo Yu-ri's Boyfriend Cheating "
by HanCinema is licensed under a Creative Commons Attribution-Share Alike 3.0 Unported License.
Based on a work from this source