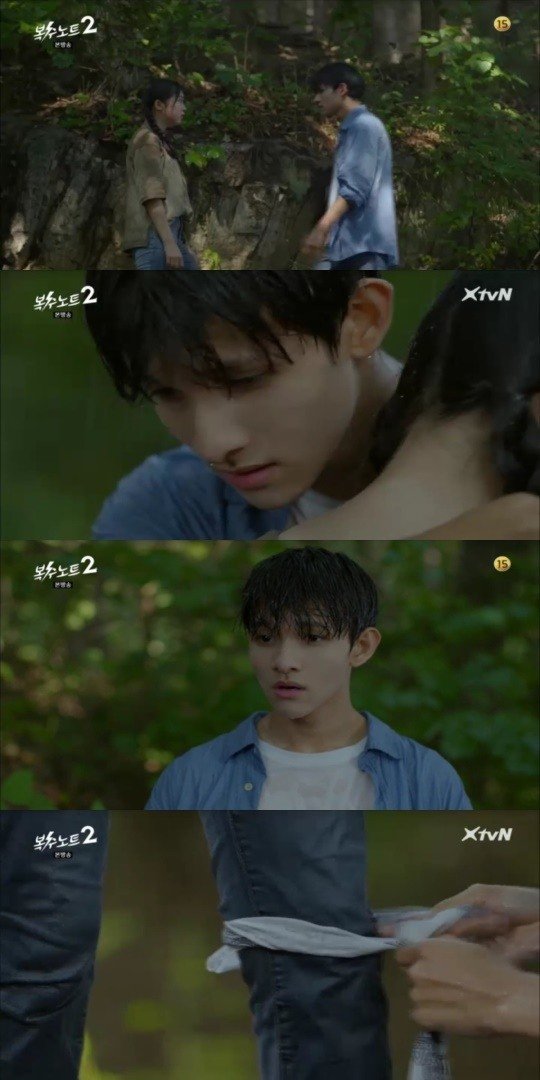 On the latest episode of "Revenge Note 2", Seo Robin (Samuel) found Oh Ji-na (Ahn Seo-hyun), who was lost in the mountains on a rainy day. When Ji-na started crying, he hugged her.

Ji-na's ankle was bleeding and he used his handkerchief to wrap around it. She was cold from the rain and he took off his jacket to put around her shoulders.

Robin suggested they stay under a shelter until the rain stooped. Then they realized that all this was part of Geon-woo's plan as he had made her follow him into the woods. Robin became angry at her for being stupid.

However, he held her again as she coughed from the cold.

"[Spoiler] "Revenge Note 2" Samuel Finds Ahn Seo-hyun "
by HanCinema is licensed under a Creative Commons Attribution-Share Alike 3.0 Unported License.
Based on a work from this source