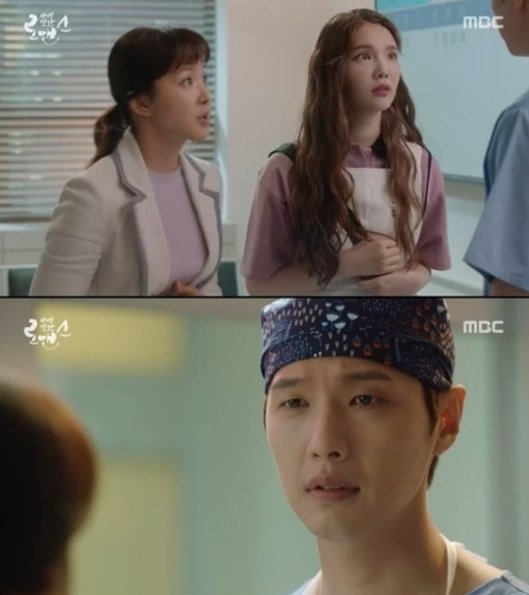 Ji Hyun-woo and Lee Si-young didn't see eye to eye on the latest episode of the MBC drama "Risky Romance".

Han Seung-joo (Ji Hyun-woo) operated on elderly woman who Joo In-ah (Lee Si-young) brought to the hospital. After four hours of surgery, he told the granddaughter that she'd better be prepared for the worst.

The granddaughter complained that he was rude to her and Joo In-ah also told him he could have handled the situation differently.

Joo In-ah said, "I Remember You before. You knew how to share the pain with the patients' guardians even if that meant being slapped by them. I miss you then. You should know how much you've changed. You're going to regret it later".

"[Spoiler] "Risky Romance" Ji Hyun-woo and Lee Si-young Argue Over a Patient "
by HanCinema is licensed under a Creative Commons Attribution-Share Alike 3.0 Unported License.
Based on a work from this source