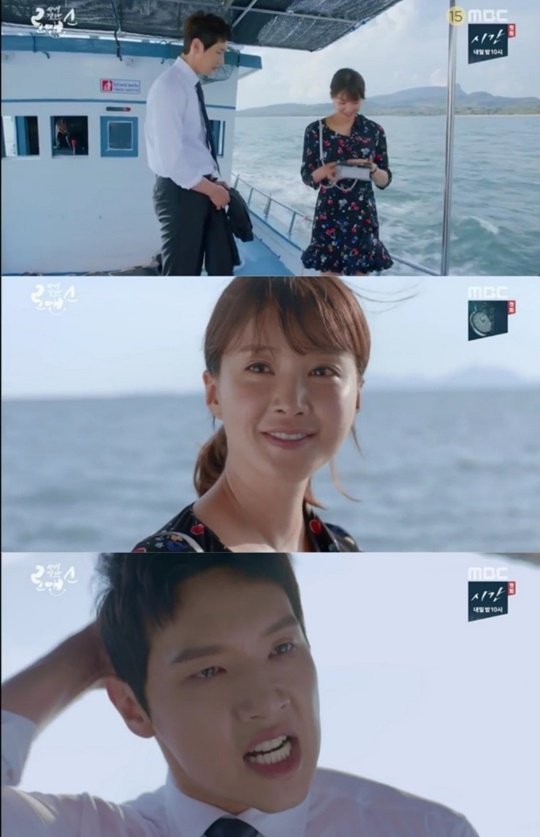 They were on a boat when Han Seung-joo wanted to ask Joo In-ah something and saw her bag. Previously, Han Seung-joo had thought that Joo In-ah was the woman who disgracefully dumped his friend. He realized that she was holding the same bag that he thought his friend had given to her.

He asked her what the bag was and Joo In-ah happily told him it was a gift. "How did you know? It's very expensive". The bag was actually from Joo Se-ra (Yoon Joo-hee) . However, Han Seung-joo had it all wrong and thought she was his friend's ex-girlfriend.

Han Seung-joo said, "You're great. You're just great. I really didn't expect this". He then had a small seizure and Joo In-ah thought he could be in danger, but he just walked away from her.

Joo In-ah fell and hurt her hand and spilled water and got wet. Joo In-ah was mad at Han Seung-joo for pushing her away.

"[Spoiler] "Risky Romance" Ji Hyun-woo Misunderstands Lee Si-young"
by HanCinema is licensed under a Creative Commons Attribution-Share Alike 3.0 Unported License.
Based on a work from this source