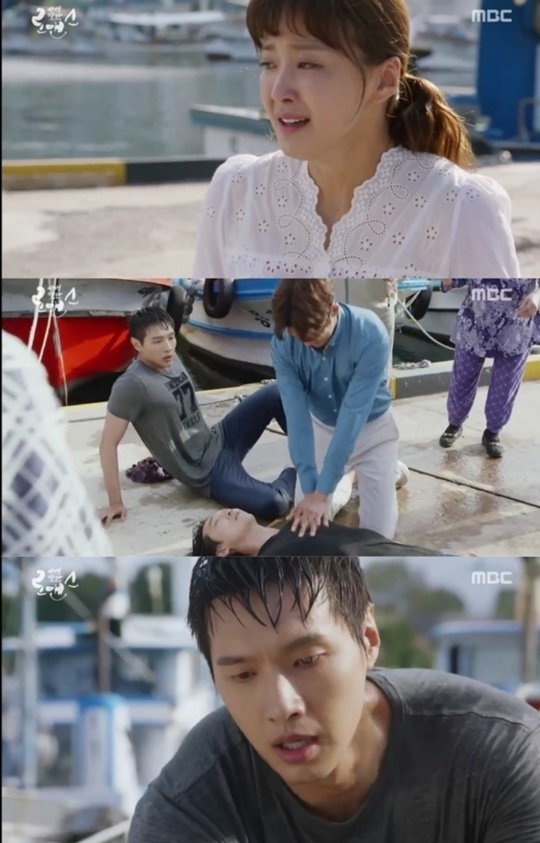 Joo In-ah visited an island and heard the village people talking about a body that washed up on the shore and thought that it was Han Seung-joo. She found someone unconscious and sat down crying.

However, it wasn't Han Seung-joo. The person doing CPR was Han Seung-joo. Cha Jae-hwan (Kim Jin-yeop) helped him save the drowning person. However, Joo In-ah didn't register this and continued crying. Han Seung-joo looked at her, perplexed.

Joo In-ah realized soon that Han Seung-joo was safe. However, she cried so much that her hiccups persisted until the sun set. She banged her chest and said to herself, "Well this is embarrassing".

"[Spoiler] "Risky Romance" Lee Si-young Thinks Ji Hyun-woo is in Danger and Cries"
by HanCinema is licensed under a Creative Commons Attribution-Share Alike 3.0 Unported License.
Based on a work from this source