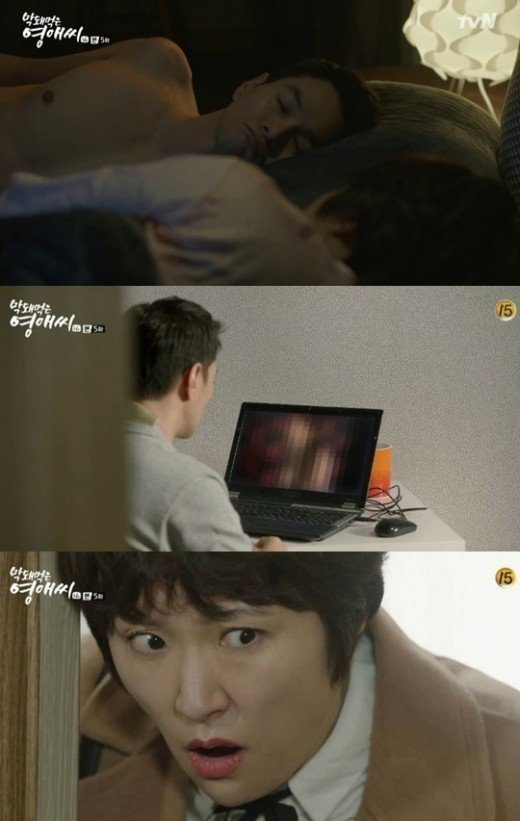 On the latest episode of the tvN drama "Rude Miss Young-ae Season 16", Lee Yeong-ae (Lee Hyun-sook) was put in an awkward situation as soon as she moved in with her fiancé, Lee Seung-joon (Lee Seung-joon).

One day, Seung-joon's brother Lee Gyoo-han (Lee Kyu-han) fell asleep beside Yeong-ae with his shirt off. She woke up and thinking he was Seung-joon, pushed him away. Gyoo-han broke his arm and he had no where to go because he'd been scammed of his apartment deposit by voice phishers. Because she felt badly, Yeong-ae offered him a place to stay.

"[Spoiler] "Rude Miss Young-ae Season 16" New Guest Makes Things Uncomfortable"
by HanCinema is licensed under a Creative Commons Attribution-Share Alike 3.0 Unported License.
Based on a work from this source