[Spoiler] "Salaryman" Jung Ryeo-won "I will protect you" 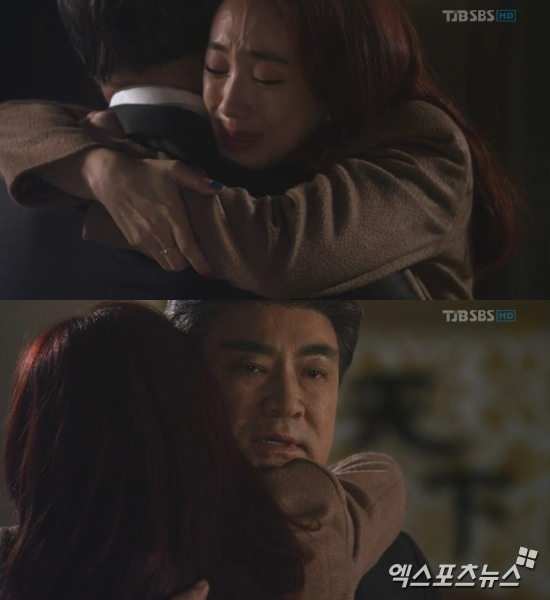 Jung Ryeo-won cried for Lee Deok-hwam who was at risk of becoming blind.

On the February 6th episode of SBS drama "Salaryman", Jin Si-hwang's (Lee Deok-hwa) sight got worse and was told he would go blind if he didn't stop his work right now.

However, he didn't let go of his duties although he showed severe symptoms like holding up the certificates upside down and not being able to sign his name properly.

Mo Ga-bi (Kim Seo-hyung), who saw this, noticed there was something wrong with his eyesight. Jin Si-hwang made her promise never to tell anyone until he died.

Baek Yeo-chi (Jung Ryeo-won), who coincidentally saw this, started crying. She had hated Jin Si-hwang for supposedly killing her parents but now she felt sympathy for him, seeing him so weak.

She found him in the bathroom and said, "I will protect you now, grandpa" and held his hands.

The two danced and resolved the misunderstandings and hate they had for each other.

"[Spoiler] "Salaryman" Jung Ryeo-won "I will protect you""
by HanCinema is licensed under a Creative Commons Attribution-Share Alike 3.0 Unported License.
Based on a work from this source