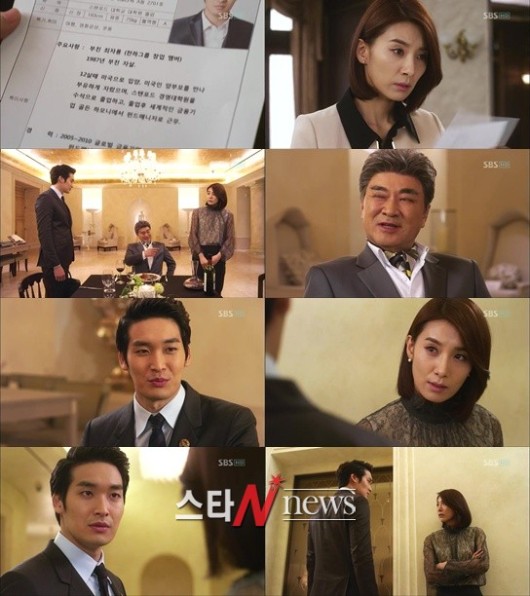 On the episode of SBS drama "Salaryman" aired on the 30th, Mo Ga-bi (Kim Seo-hyung) was looking into Choi Hang-woo's (Jung Gyu-woon) father and found something strange.

Mo Ga-bi confirmed that his father was in the Cheon Ha Group before committing suicide and wanted to find out why his wife divorced him.

Having successfully started on his project, Choi Hang-woo had a meal with Jin Si-hwang (Lee Deok-hwa) and completely won him over.

Following him out of the elevator Mo Ga-bi mentioned Choi Hang-woo's father but he didn't even blink an eye and said, "If you have something to say, say it", seeing right through Mo Ga-bi's scheme.

Meanwhile, Yoo-bang (Lee Beom-soo) told Baek Yeo-chi (Jung Ryeo-won) that she looked pretty when she was asleep and she smiled happily.

"[Spoiler] "Salaryman" Kim Seo-hyung's plan is discovered by Jung Gyu-woon"
by HanCinema is licensed under a Creative Commons Attribution-Share Alike 3.0 Unported License.
Based on a work from this source