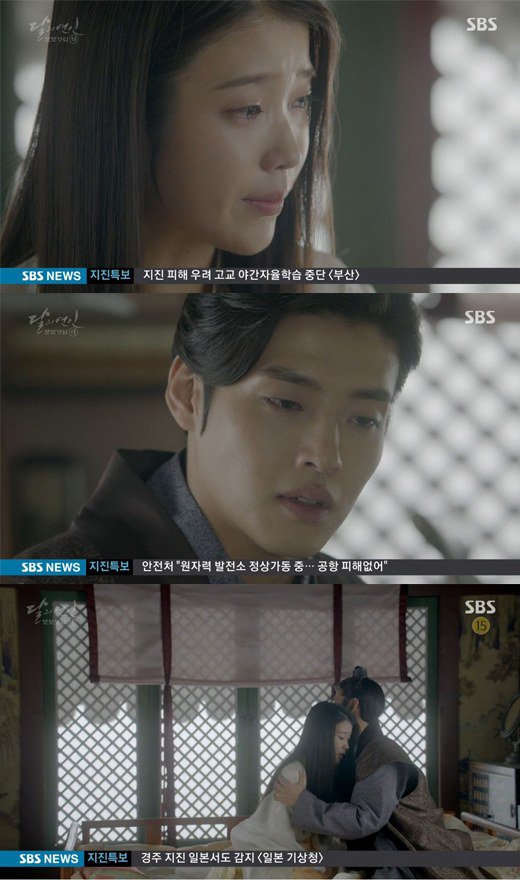 On the episode of the SBS drama "Scarlet Heart: Ryeo", IU reunited with Kang Ha-neul after going through a fuss about her marriage.

Wang Wook (Kang Ha-neul) caressed Hae Soo's (IU) arm. Previously, she almost got married to Wang Gun (Jo Min-ki) but she asked for the marriage to be cancelled by scarring herself.

Wang Wook touched her scar and said, "It's alright now. The King cancelled the marriage because of this scar".

"I have never felt more pathetic of myself like the last time". He blamed himself for putting her in danger. "I begged to my dead wife while I called myself a bad guy. I told her that if she saved you this once, I would do all my best to you which I couldn't do for her".

Wang Wook said, "If you had become the King's woman, I wouldn't have been able to forgive myself". Hae Soo said, "I thought I'd never see you again. I didn't want to part with you like that..."

Wang Wook comforted her and said, "It's not going to happen again. It's alright".

"[Spoiler] "Scarlet Heart: Ryeo" IU cries at the sight of Kang Ha-neul"
by HanCinema is licensed under a Creative Commons Attribution-Share Alike 3.0 Unported License.
Based on a work from this source