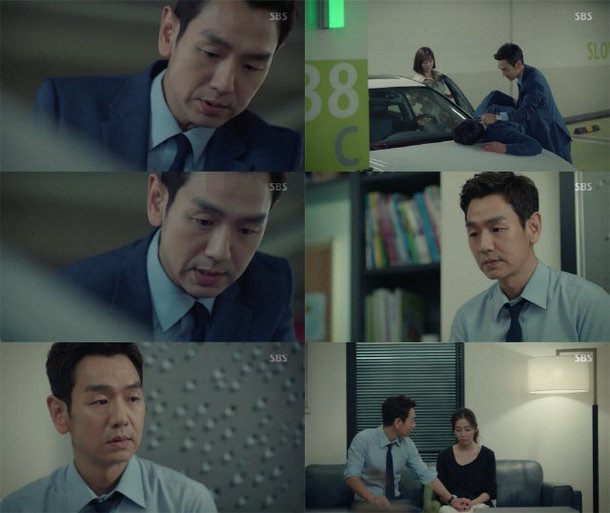 On the latest episodes on the 19th, Kim Tae-woo and Son Seung-woo ran into each other in the parking lot. Jae-yeol (Kim Tae-woo) had saved Se-yeon (Son Seung-woo) from an angry man. They met again at the place where he returned her lost wallet.

Jae-yeol yelled at Yoon-jin (Song Yoon-ah) as she struggled to find Kim Eun-yeong (Kim So-yeon). Yoon-jin expressed her apology and he held her two hands as if to show her she's not alone. He felt frustrated that he couldn't do anything for her and tried to do anything he could for her.

"Secret Mother" can be seen every Saturday night at 10:55 KST.

"[Spoiler] "Secret Mother" Kim Tae-woo Versus Son Seung-woo"
by HanCinema is licensed under a Creative Commons Attribution-Share Alike 3.0 Unported License.
Based on a work from this source