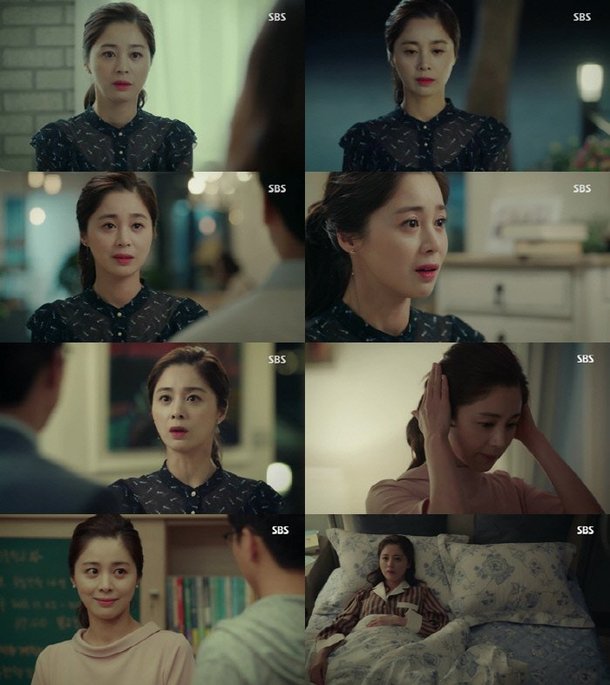 On the latest episode of the SBS drama "Secret Mother", Kang Hye-kyung (Seo Young-hee) seemed to both be growing closer and further from her husband, Jeong Seong-hwan (Min Sung-wook).

Hye-kyung wanted to hold onto her husband who applied to be stationed abroad, but her ego didn't let her. However, Min Tae-hwan (Kwon Do-kyun) got her to spend some quality time with her husband. It was awkward as they had been living apart for while, but Hye-kyung was happy to be with him. Then, Seong-hwan's house had been sold and he had to live with her for a while. She suggested they used the same bedroom and showed that she didn't want to let him go.

However, it wasn't easy to bring them together again. Seong-hwan told her he was going abroad and it seemed like he wanted her to stop him, but she couldn't in spite of the fact that she wanted to spend time with him.

"[Spoiler] "Secret Mother" Seo Young-hee Can't Express Her Feelings for Her Husband"
by HanCinema is licensed under a Creative Commons Attribution-Share Alike 3.0 Unported License.
Based on a work from this source