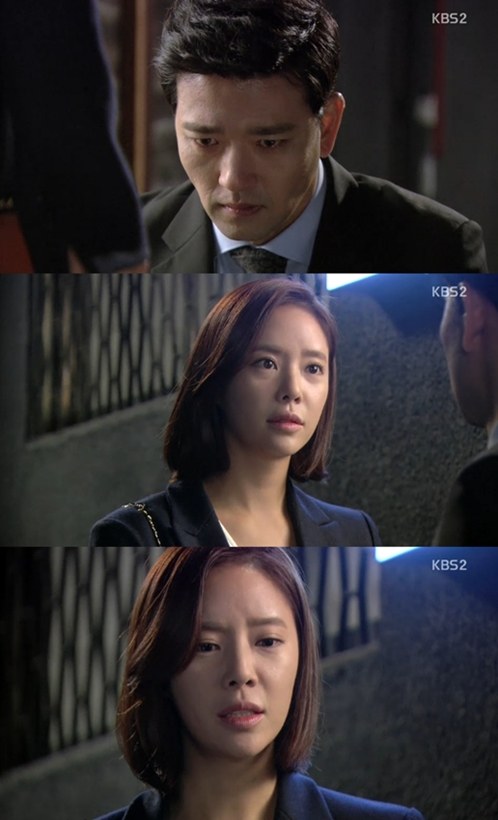 Bae Soo-bin knelt down in front of Hwang Jung-eum.

Ahn In-hwan told his son that he needs to meet Yoo-jeong and beg her for forgiveness if she was very angry.

However, Ahn Do-hoon yelled at him and said he'd do it.

He met her and said, "Did you have to bring my father into this even after bringing in Jo Min-hyeok (Ji Sung)? What can I do to stop you? It was an accident".

Kang Yoo-jeong said, "It wasn't an accident, it was murder. If it doesn't work in court then I'll follow you wherever you are and expose it to the press". Ahn Do-hoon finally knelt down in front of her.

"[Spoiler] "Secrets" Bae Soo-bin kneels in front of Hwang Jung-eum"
by HanCinema is licensed under a Creative Commons Attribution-Share Alike 3.0 Unported License.
Based on a work from this source