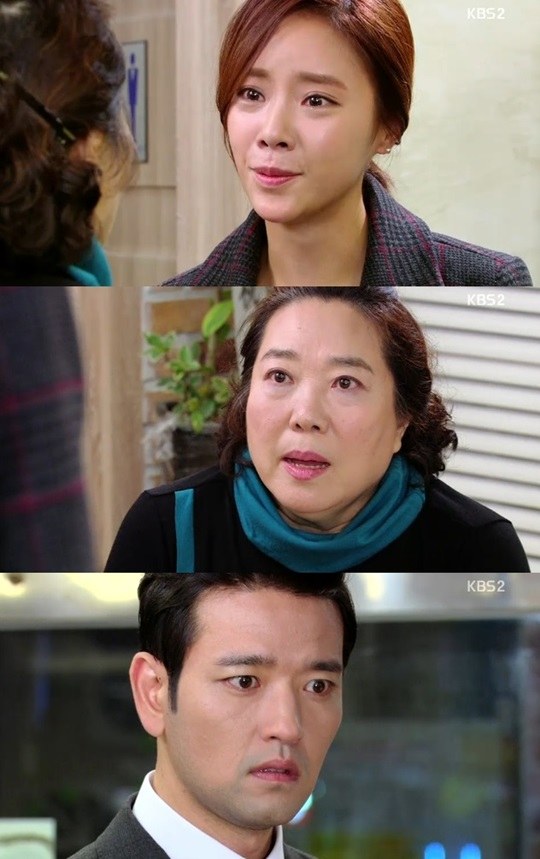 Kang Yoo-jeong wanted to meet Ahn Do-hoon but Park Gye-ok (Yang Hee-kyung) was nervous for her son who was being framed for a 6 million won crime. Kang Yoo-jeong noticed that and said, "The car is under my name but he drove that day".

Park Gye-ok didn't want to believe it and said, "I've always pitied you and this is how you repay me?" Kang Yoo-jeong talked back and was about to reveal the truth about the hit-and-run to the people in the restaurant and the reporters outside who were waiting for Ahn Do-hoon.

Just then Ahn Do-hoon was pushed into the restaurant by the media and Kang Yoo-jeong pushed Park Gye-ok aside to get to him. Just then, Park Gye-ok said, "Don't you want to see San? Don't you miss your son?"

"[Spoiler] "Secrets" Hwang Jung-eum's son still alive"
by HanCinema is licensed under a Creative Commons Attribution-Share Alike 3.0 Unported License.
Based on a work from this source