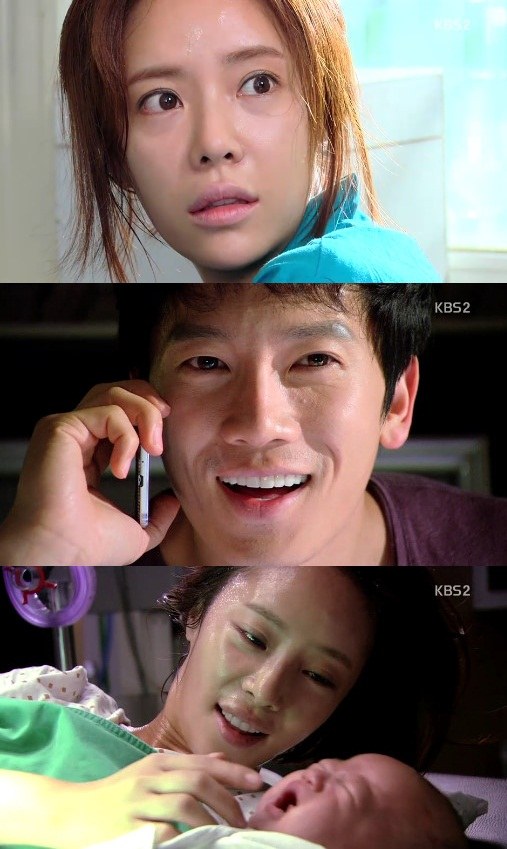 Hwang Jung-eum was sentenced to five years and had a baby in prison.

On the third episode of the KBS 2TV drama "Secrets", Kang Yoo-jeong (Hwang Jung-eum) falsely admitted that she was the hit-and-run suspect instead of Ahn Do-hoon (Bae Soo-bin).

Jo Min-hyeok (Ji Sung) knew their relationship and threatened him that he was watching them. In the end, Do-hoon was able to ask her questions while comforting her, away from Min-hyeok's eyes.

However, the sentencing was unavoidable and he sentenced her to five years. Wearing a blue uniform, Yoo-jeong went into prison, worrying about her father (Kang Nam-gil).

Kang Yoo-jeong was abused by the inmates whom she shared a room with and fainted while working out one day. She found out she was pregnant and had her baby in there.

In the following preview, Yoo-jeong spent prison life with her son and worked hard to be released on parole. However, Jo Min-hyeok wasn't going to let her be as he wanted revenge on her.

"[Spoiler] "Secrets" Hwang Jung-eum sentenced to 5 years, gives birth in prison"
by HanCinema is licensed under a Creative Commons Attribution-Share Alike 3.0 Unported License.
Based on a work from this source