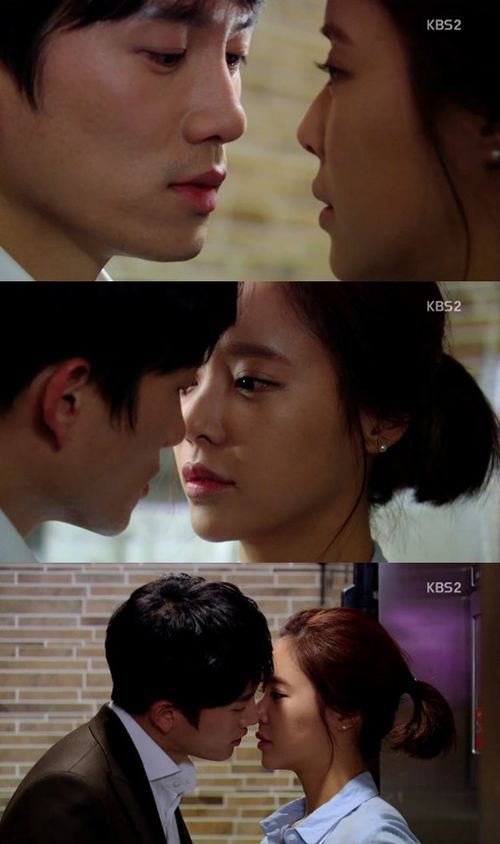 Ji Sung's feelings for Hwang Jung-eum was at the extreme. They almost kissed.

K Group staggered at the news of Min-hyeok's father Jo Han-il's (Lee Deok-hwa) surgery. As the stocks plummeted down, Se-yeon and Do-hoon pressured Min-hyeok that they would pass over a restaurant from the subsidiary companies to another company for encashment.

Min-hyeok expressed anger at this but he didn't have enough shares to stop them. He asked Se-yeon and a friend for help but it wasn't easy.

Min-hyeok was cornered at returned to the restaurant. He saw Yoo-jeong (Hwang Jung-eum) who stayed behind till late to make a new sauce and said, "Don't smile. Are you going to leave me too after you smile like that? I know you are going to leave once you get what you want from me".

Yoo-jeong said, "I'll do as you please. I won't leave until you tell me so". Min-hyeok pressed her against the wall as if he was going to kiss her.

"[Spoiler] "Secrets" Ji Sung's feelings for Hwang Jung-eum"
by HanCinema is licensed under a Creative Commons Attribution-Share Alike 3.0 Unported License.
Based on a work from this source