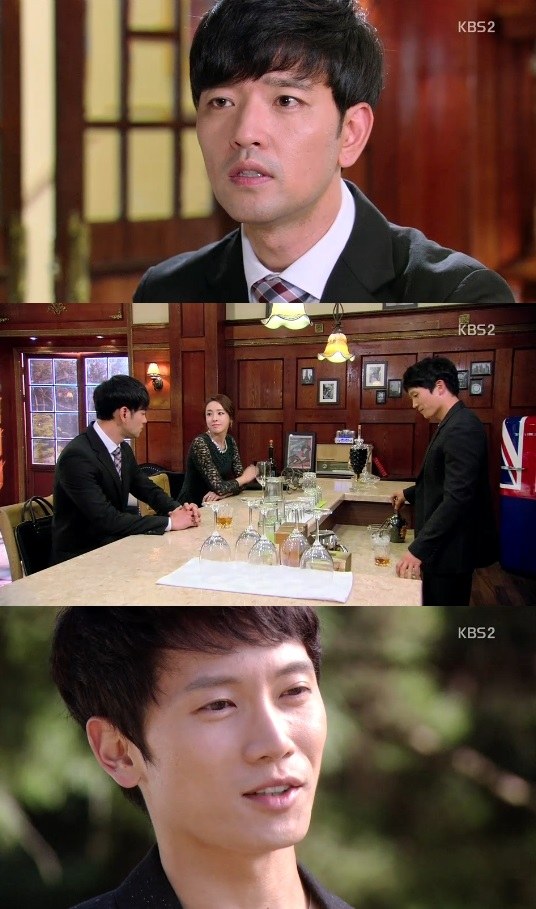 He suspected Kang Yoo-jeong (Hwang Jung-eum) to be the likeliest suspect of the hit-and-run accident and invited Ahn Do-hoon (Bae Soo-bin), her boyfriend and prosecutor in charge of this case, to his home. He asked, "How long can Kang Yoo-jeong be sentenced to? I hear your evidence is clear but why are you stalling?"

"I want her to be slapped with the maximum". Sin Se-yeon (Lee Da-hee) was watching from the side and said, "He loved Seo Ji-hee with his life. She even had his baby".

Ahn Do-hoon cut them off and said, "I can't take in personal requests" and tried to leave but Jo Min-hyeok said, "It's not a request. I'm going to watch and see if you justify this the right way".

After he left, he watched him drive instead of Sin Se-yeon and said to himself, "Let's do a background check on him".

"[Spoiler] "Secrets" Ji Sung starts to suspect Bae Soo-bin"
by HanCinema is licensed under a Creative Commons Attribution-Share Alike 3.0 Unported License.
Based on a work from this source