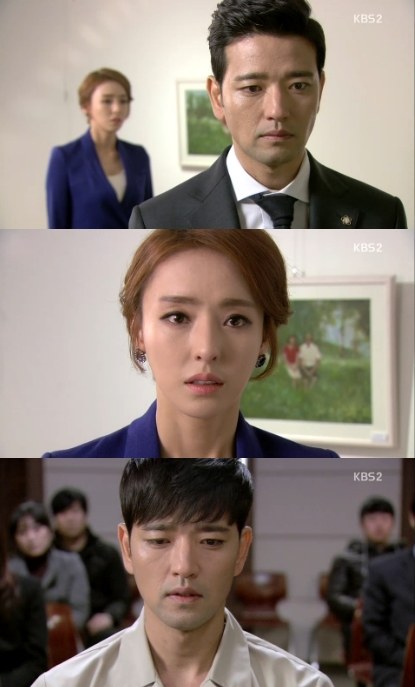 On the sixteenth episode of the KBS 2TV drama "Secrets", Sin Se-yeon (Lee Da-hee) decided to resolve everything and leave.

Sin Se-yeon had met Seo Ji-hee and had insulted her by giving her an envelope of money and even telling her to get rid of the child she bore. Ahn Do-hoon wondered, "Why did things turn out like this. I was mad at the misfortune that came to me. Therefore I lost Yoo-jeong and my family. I am the one who killed Seo Ji-hee. Thank for everything".

He realized that Kang Yoo-jeong's sacrifice for him was true love and decided to sacrifice himself for Sin Se-yeon who also realized Ahn Do-hoon's love for her later.

"[Spoiler] "Secrets" Lee Da-hee confesses the truth"
by HanCinema is licensed under a Creative Commons Attribution-Share Alike 3.0 Unported License.
Based on a work from this source