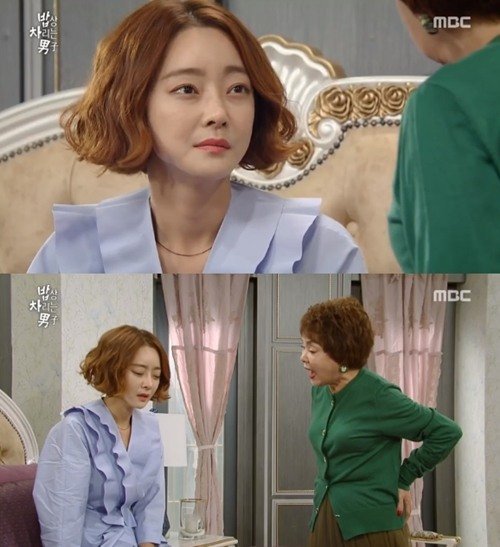 Yeon-joo couldn't tell her the truth but she asked, "You know the youngest sister-in-law I have? Can we bring her here?" However, Yang Chun-ok was mad and said Lee So-won was trying to live off his in-laws.

Lee Sin-mo (Kim Kap-soo) called Yeon-joo. He told her he had a good plan and asked her to meet at So-won's hospital. Meanwhile, Lee Sin-mo started to blame Hong Yeong-hye (Kim Mi-sook) for everything.

"[Spoiler] Seo Hyo-rim suggests taking Kim Ha-na to the in-laws on "Man Who Lays the Table""
by HanCinema is licensed under a Creative Commons Attribution-Share Alike 3.0 Unported License.
Based on a work from this source