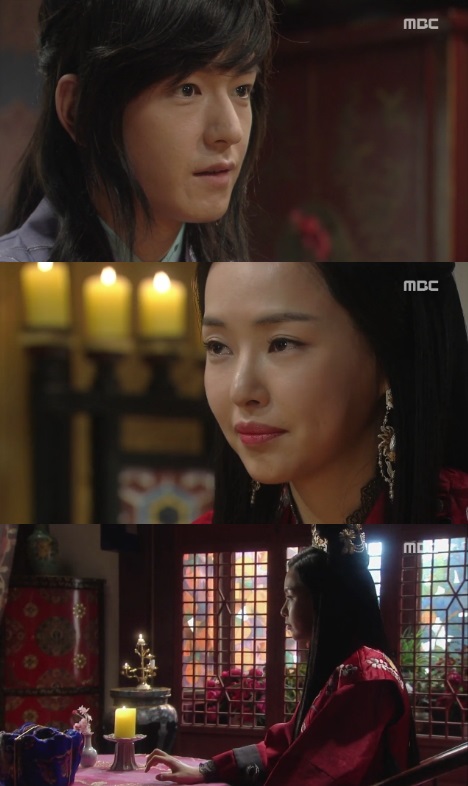 On the 8th episode of MBC drama, 'Shine or Go Crazy', Wang Wook (Lim Ju-hwan) finally revealed his ambition to the throne.

On this day, Wang Wook went to a temple along with Sin-yul (Oh Yeon-seo) and he spotted Wang So (Jang Hyuk) there unexpectedly. Wang Wook figured it out Wang So was the leader of Jo-ui-seon-in (Warriors in Black), who were threatening hojok. Wang Wook informed his sister, Hwangbo Yeo-won (Lee Honey) about what he saw, but he did not say anything about Sin-yul, whom he was drawn to affectionately.

After he finished his reporting, Hwangbo Yeo-won scolded him saying, "I knew Gae-bong was the vice-owner of the trading troupe. When did you think you could hide it from me till?"

She continued, "Since I know he (Jang Hyuk) knows Wang Sik-ryeom (Lee Duk-hwa)'s weak points, I think I have to bring him onto my side". She revealed her plan to use her husband Wang So politically.

Wang Wook was determined with the decision to win in the combat competition qualifying for crown prince, which was a step closer to the throne.

He told his sister, "Please stop trying to hold two cards in your hands at the same time. I'm not going to allow it". It was a warning to Hwangbo Yeo-won, who were weighing between him and Wang So.