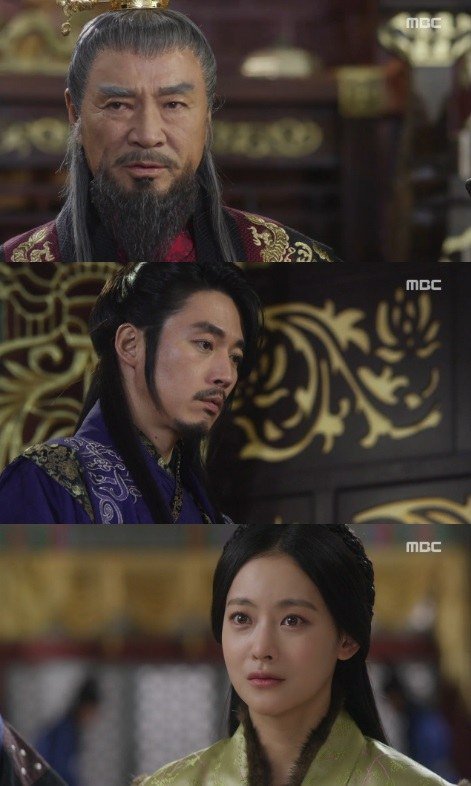 On the 19th episode of MBC's Monday & Tuesday drama, 'Shine or Go Crazy', Wang So (Jang Hyuk) and Wang Sik-ryeom (Lee Duk-hwa) were pitted against each other while Wang So (Jang Hyuk) was trying to uncover the truth behind the assassination of Taejo.

Wang So claimed in front of ministers that Wang Sik-ryeom was the head of the evil group, who had assassinated Taejo to grab the power, so they should execute him.

But Wang Sik-ryeom threatened that he would reveal Jeongjong (Ryu Seung-soo) had participated in the assassination of Haejong. And he also disclosed Wang So's secret wedding in Gaebong five years ago.

Wang Sik-ryeom made General Kwak (Kim Bup-rae) stand in front of him as a witness, who had almost wedded Sin-yul (Oh Yeon-seo) at the time. Wang Sik-ryeom said "Before Wang So had the nuptial with Princess Hwangbo Yeo-won (Lee Honey) five years ago, he violated national law by having an illegal nuptial with someone else. The witness of the marriage is General Kwak here".

Wang Sik-ryeom confined Wang So and Sin-yul in royal prison and announced he would execute them.