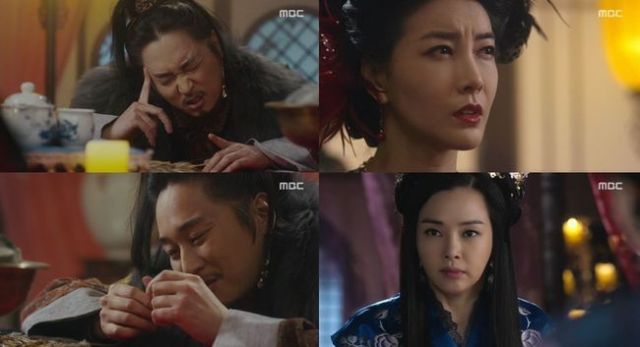 Lee Honey was frantic with anger to find out about the marriage between Oh Yeon-seo and Jang Hyuk.

On the February 23rd episode of MBC's 'Shine or Go Crazy', Hwangbo Yeo-won (Lee Honey) ordered someone to drug Yang Gyoo-dal (Heo Jung-min) in order to uncover the truth about Sin-yul (Oh Yeon-seo)'s past through her brother, Gyoo-dal.

And then he also said, "So that means our Yul is the first wife and Hwangbo Yeo-won is his second wife".

As Hwangbo Yeo-won heard what was discovered, she exploded with anger. She brandished her sword and said holding back her anger, "It means they had a secret marriage. If the emperor or Wang Sik-ryeom would find out about it, what if they would find out".

'Shine or Go Crazy' is a romance drama depicting the love story in palace between the cursed prince of Goryeo and the abandoned princess.