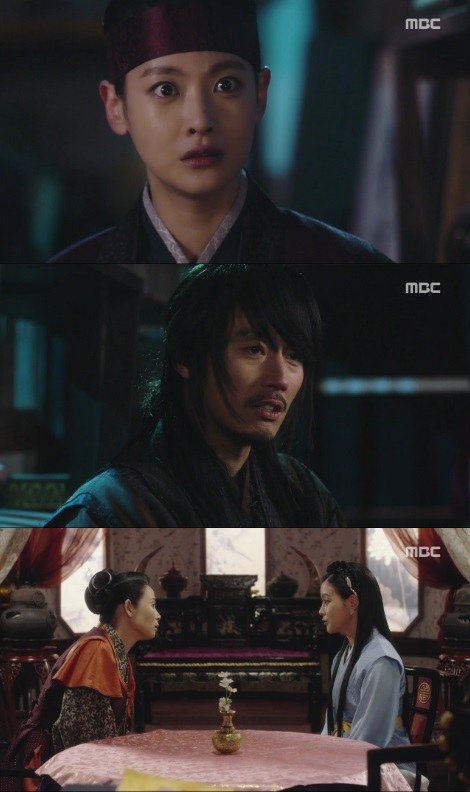 On the 5th episode of MBC drama, 'Shine or Go Crazy', Oh Yeon-seo announced she would train Jang Hyuk in Cheonghae Troupe. This made them to stay together for five days.

Prior to this, Wang So had sneaked in Cheonghae Trading Troupe to investigate the allegation the company was related to the assassination of Wang Gun. Without knowing this, Sin-yul decided to train him as a worker for the troupe out of pity, as he appeared as a beggar.

Sin-yul kept feeling ardent towards Wang So, since she noticed the jade ornament from his neck she had given him five years ago.

When Sin-yul asked him, "What does it mean to you by the way", he said, "What it is for me, it is an amulet that has kept me safe for the last five years. It's my treasure, a treasure I would not give up even if you'd offer me everything here". His words stirred her mind.

Sin-yul told Baek Myo (Kim Sun-young-III), "He has been treasuring the jade ornament I gave him. I think I'm ok now". She opened her heart saying, "The person who saved me is still living the same way as five years ago. I'd like to make him let the sword go off his hands. Then wouldn't his fate change at least a little bit?"