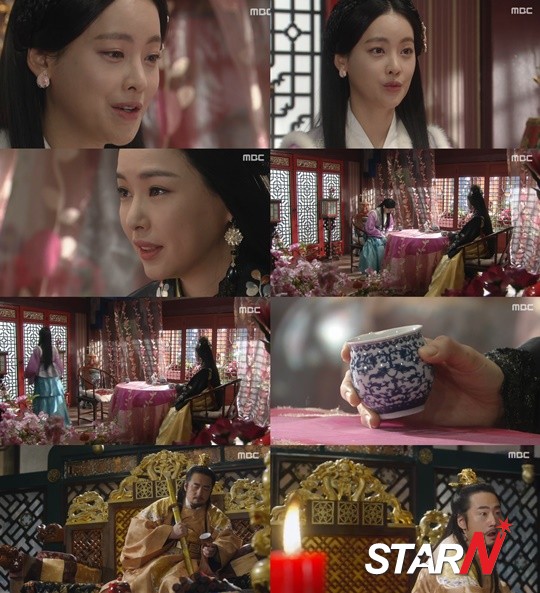 On the March 9th episode of MBC Monday & Tuesday drama, 'Shine or Go Crazy', Sin-yul (Oh Yeon-seo) told Hwangbo Yeo-won (Lee Honey) to bring the antidote by the next day.

Sin-yul found out Hwangbo Yeo-won had made the position, which endangered the emperor and Wang So's brother, Jeongjong (Ryu Seung-soo)'s life. Sin-yul went to see Hwangbo Yeo-won and suggested, "What matters most is what you have in your heart when dying". And "I'll give you one day".

Hwangbo Yeo-won scoffed, "How dare someone like you try to deal with me?" However, Sin-yul said firmly, "If you do not bring the antidote by tomorrow, I'll let Wang So know who made the poison that intoxicated the emperor and why".

While Wang So himself started to suspect Hwangbo Yeo-won, he went on with his own efforts trying to find the antidote.