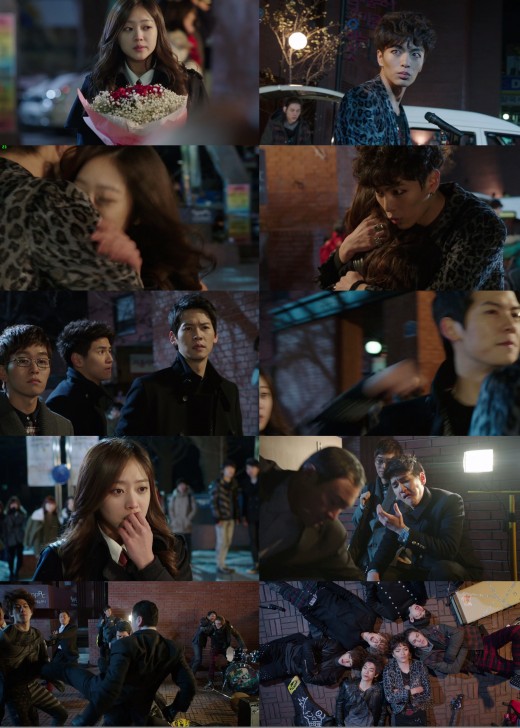 On the latest episode of cable TV drama "Shut Up: Flower Boy Band", aired on January 30th, there was an introduction of the band "Purification" and its main characters.

Byeong-hee, who believes that Soo-ah is his muse, went out to Daehak-ro for a gig with his "Purification" band members and hugged Soo-ah, whom he accidentally ran into, saying "I missed you, muse".

Seung-hoon was furious that he hugged Soo-ah, who came to see him, and flung a fist at him.

"[Spoiler] "Shut Up: Flower Boy Band" Lee Min-ki fights with Jung Eui-chul"
by HanCinema is licensed under a Creative Commons Attribution-Share Alike 3.0 Unported License.
Based on a work from this source