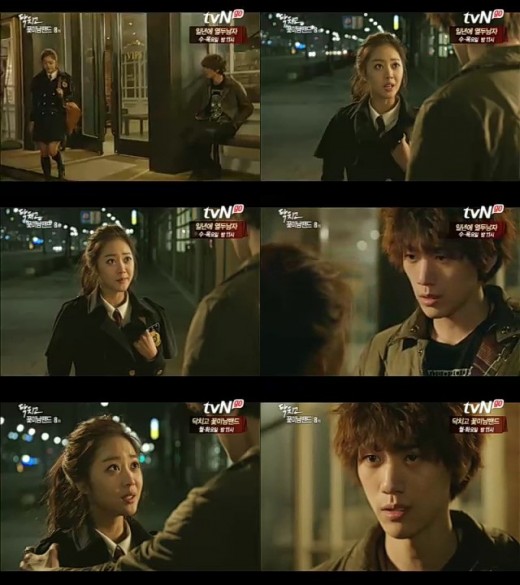 Ji-hyeok flared in envy when he saw Seung-hoon (Jung Eui-chul) holding her hand. He yelled for him to let go of her hand and Seung-hoon seemed confused.

Stuck in the middle and not being able to do anything, Soo-ah said, "I don't need you both, don't mind me anymore" and got up and left.

The next day, she didn't pick up her phone no matter how many times he called her. Ji-hyeok decided to just wait in front of her house.

When she showed up he asked her why she didn't answer her calls and showed how much he waited for her to call back.

Meanwhile, "Purification" is looking forward to releasing their first single with HR Entertainment thanks to Rock Kim (Kim C).

"[Spoiler] "Shut Up: Flower Boy Band" Sung Joon confesses to Jo Bo-ah"
by HanCinema is licensed under a Creative Commons Attribution-Share Alike 3.0 Unported License.
Based on a work from this source