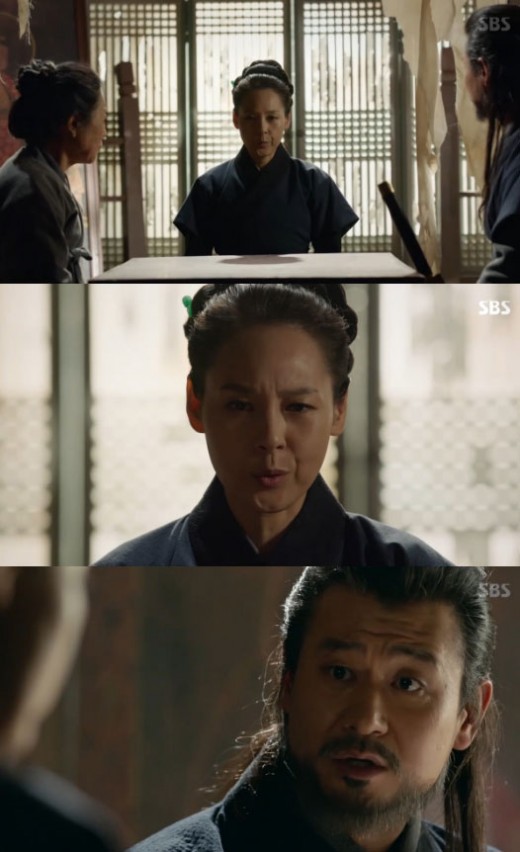 Yeon-hyang (Jeon Mi-sun), the head of Moomyeong found out Jeong Mong-joo could not persuade Yi Seonggye and ordered to kill Yi Seonggye under the excuse to secure the stability of the nation.

As it seemed it was not like Yeon-hyang to rush that way, Gil Seon-mi (Park Hyuk-kwon) pointed it out, Yeon-hyang responded saying, "I'd like to stabilize the matters outside first and then reorganize the internal matters as soon as possible".

"[Spoiler] 'Six Flying Dragons' Moomyeong is after Yi Seonggye's life"
by HanCinema is licensed under a Creative Commons Attribution-Share Alike 3.0 Unported License.
Based on a work from this source