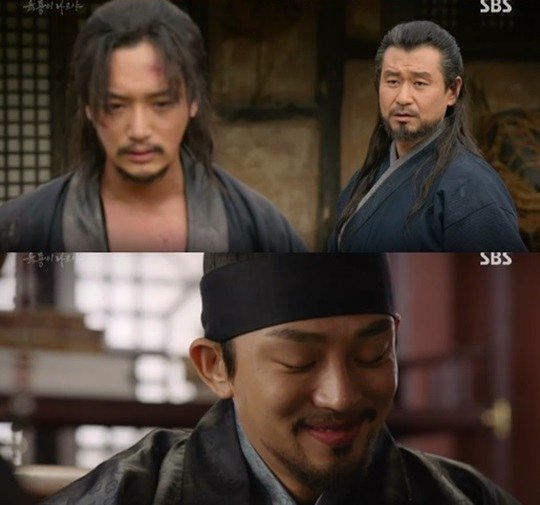 The ratings of 'Six Flying Dragons' have gone down slightly.

On the latest episode, Lee Bang-won (Yoo Ah-in) kills his son, Lee Bang-seok which ends the story of the first prince's death.

"[Spoiler] 'Six Flying Dragons' ratings drop slightly, conflicts between Yoo Ah-in and Byun Yo-han"
by HanCinema is licensed under a Creative Commons Attribution-Share Alike 3.0 Unported License.
Based on a work from this source