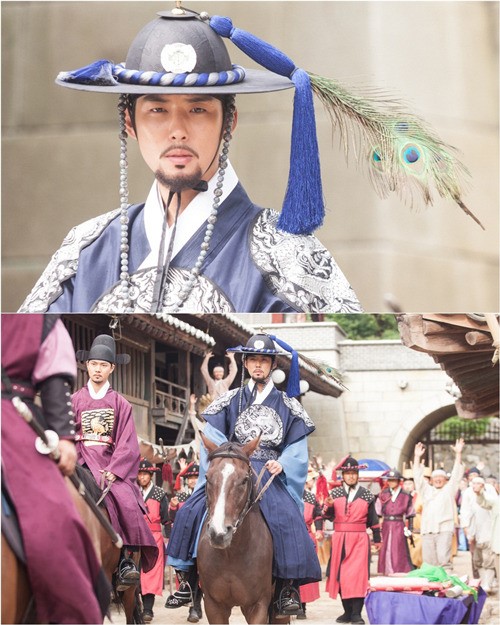 On the September 7th episode of MBC's "Splendid Politics", Crown Prince Sohyeon (Baek Sung-hyun), who had been living in Qing for the last 9 years as a hostage, and his companies returned to Joseon.

Crown Prince Sohyeon and Grand Prince Bongrim (Lee Tae-ri) rode a horse into the capital city. As it was obvious that Soheon looked deep in his eyes, he became much stronger through the tough hostage life. His eyes seemed to be bearing tragic secrets. This all raised curiosity in viewers as to how he would make changes in Joseon and what the changes would be like.

The tight tension between Crown Prince Sohyeon and Kim Ja-jeom (Jo Min-ki) also added much fun to the story.

"[Spoiler] 'Splendid Politics' Baek Sung-hyun returns to Joseon, conflict between him and Jo Min-ki raises tension"
by HanCinema is licensed under a Creative Commons Attribution-Share Alike 3.0 Unported License.
Based on a work from this source