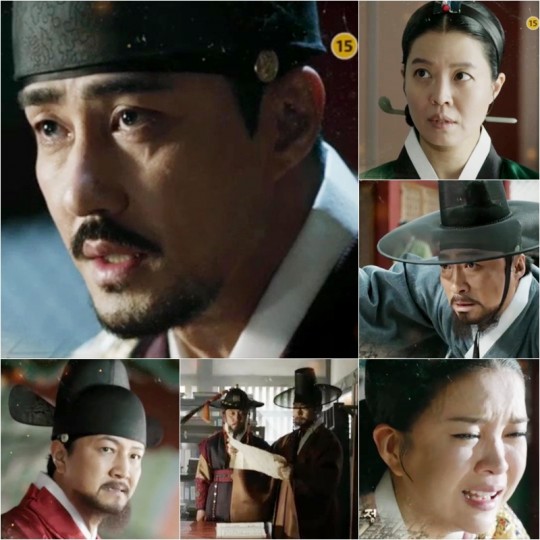 On the 6th episode of "Splendid Politics", another power appeared threatening Gwang Hae's throne. Gwang Hae with the bloody eyes exploded with anger towards those people who looked down on him.

As seen in the previous episode, Princess Jeongmyeong was disguised in boy's clothes and escaped from the palace alone.

Under all these circumstances, the loyal subject, Yi Deokhyeong (Lee Sung-min), who always wanted Gwang Hae to be a wise king, was deprived from his position and was expelled from the capital. Gwang Hae decided to get rid of the humane side of him and turn into a cold-blooded, powerful king.

"[Spoiler] 'Splendid Politics' Cha Seung-won turns into a cold-blooded king"
by HanCinema is licensed under a Creative Commons Attribution-Share Alike 3.0 Unported License.
Based on a work from this source