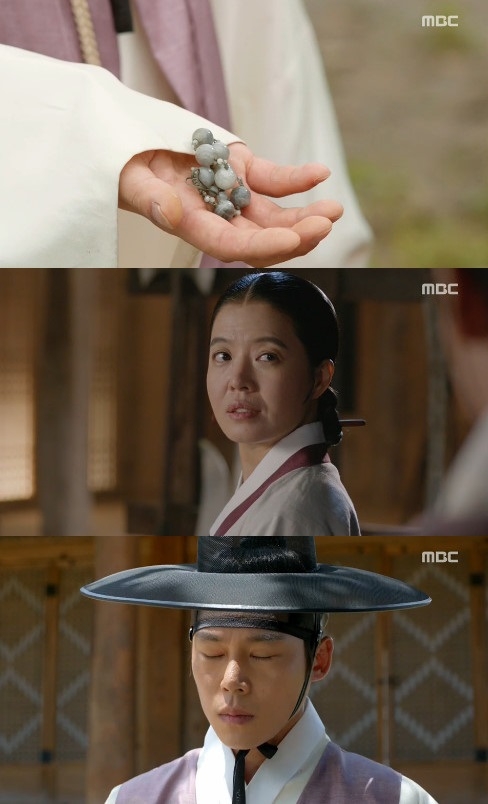 Han Joo-wan fretted about his lingering attachment with Lee Yeon-hee.

June 23rd episode of MBC's Monday & Tuesday drama, "Splendid Politics" showed Kang In-woo (Han Joo-wan), who was having hard time because he could not let go of Jeongmyeong (Lee Yeon-hee).

While Kang In-woo watching his father, who was preparing to deport army to Myeong behind Gwanghae's back, he became worried about Jeonmyeong's safety.

Kang In-woo remembered the time Jeongmyeong returned the bracelet to him to make it clear she was rejecting his love. He talked to himself, "I'm still attached to her, how silly".

However, Kang In-woo still recollected what Kim Gae-si (Kim Yeo-jin) had told him, "I'll help you win Jeongmyeong's heart". He again blamed himself, "When will you ever stop behaving miserably".

"[Spoiler] 'Splendid Politics' Han Joo-wan cannot let go of Lee Yeon-hee"
by HanCinema is licensed under a Creative Commons Attribution-Share Alike 3.0 Unported License.
Based on a work from this source