[Spoiler] 'Splendid Politics' Kim Jae-won confesses to Lee Yeon-hee, "Whom I hated was myself" 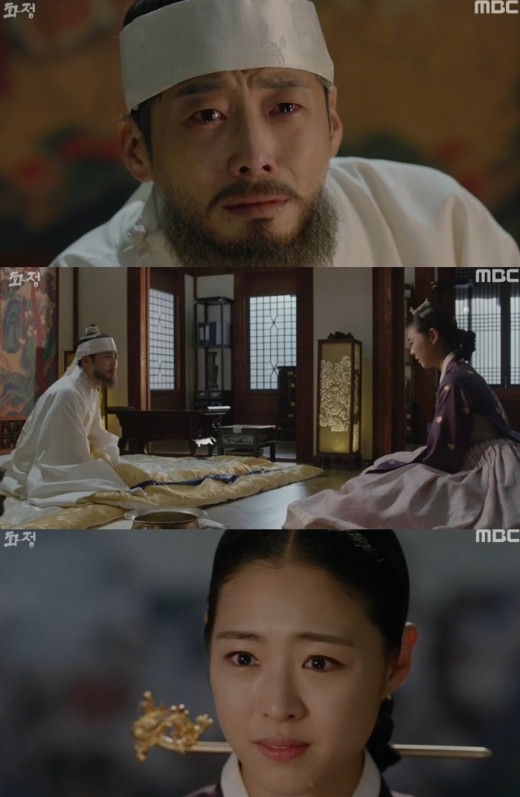 On the 48th episode of MBC's "Splendid Politics", King Injo (Kim Jae-won) was lying on his death bed.

When Injo was struggling with his last breath, he asked to bring in Princess Jeongmyeong.

Injo shed tears endless as Jeongmyeong told him it was her fault.

"[Spoiler] 'Splendid Politics' Kim Jae-won confesses to Lee Yeon-hee, "Whom I hated was myself""
by HanCinema is licensed under a Creative Commons Attribution-Share Alike 3.0 Unported License.
Based on a work from this source