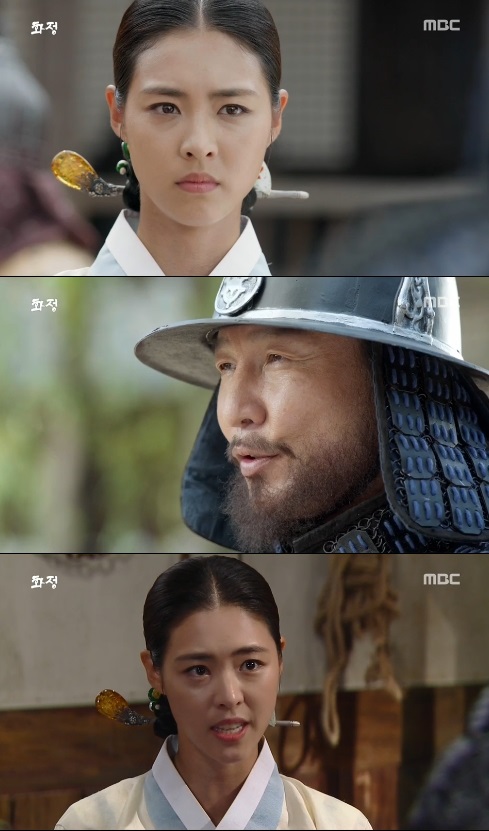 "Splendid Politics" Lee Yeon-hee still retained her stately dignity even in front of the insurgent troop.

After Lee Gwal (Yoo Ha-bok) took over the capital, he went out to search Princess Jeongmyeong (Lee Yeon-hee), who was married to Hong Joo-won (Seo Kang-joon). It's because he needed her to justify the coup he staged and thus expel Injo (Kim Jae-won) and take over the palace.

Princess Jeongmyeong said, "Of course, you'll need me? I know what you can get through me. You also know what it is. Put down the sword. I'm telling you to get those things you want through me". She protected Hong Joo-won and Hong Yeong (Uhm Hyo-sup) from Lee Gwal this way.

Jeongmyeong also told Lee Gwal, who said he needed to earn people's support. "I knew you would come to me. But, General, it won't be that easy for you to receive the help tha you want from me. You put this nation at the risk in the greatest deal by pulling the soldiers away from the board".

"[Spoiler] 'Splendid Politics' Lee Yeon-hee's majesty, princess' majesty"
by HanCinema is licensed under a Creative Commons Attribution-Share Alike 3.0 Unported License.
Based on a work from this source