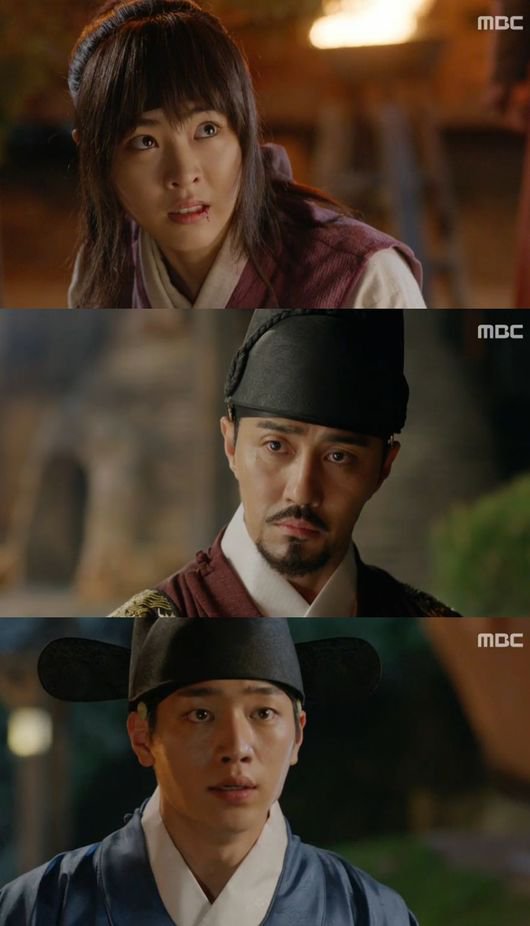 Lee Yeong-hee could save her life thanks to Seo Kang-joon.

On the May 19th episode of MBC's "Splendid Politics", Jeongmyeong (Lee Yeong-hee) was accused of being a suspicious figure while she was standing in the Hwagidogam (Gunpowder Weapon Center). Although Jeongmyeong said she and Hong Joo-won (Seo Kang-joon) knew each other, the ministers did not believe her.

Lee I-cheom (Jung Woong-in) pressed her to reveal her true identity and even threw his fists. Jeongmyeong kept it cool and even laughed at Lee I-cheom. Gwanghae (Cha Seung-won) present at the site asked Jeongmyeong, "Who are you".

Hong Joo-won appeared and explained she was an engineer he had brought from Japan. Gwanghae ordered to expel her right away at first. However he decided believe what Hong Joo-won said as Jeongmyeong demonstrated her skills.

"Splendid Politics" depicts the life of Jeongmyeong Princess, who had to live her life as a deceased in the midst of the power struggle whilst she was born as a precious princess.

"[Spoiler] 'Splendid Politics' Lee Yeon-hee saves her life thanks to Seo Kang-joon "
by HanCinema is licensed under a Creative Commons Attribution-Share Alike 3.0 Unported License.
Based on a work from this source