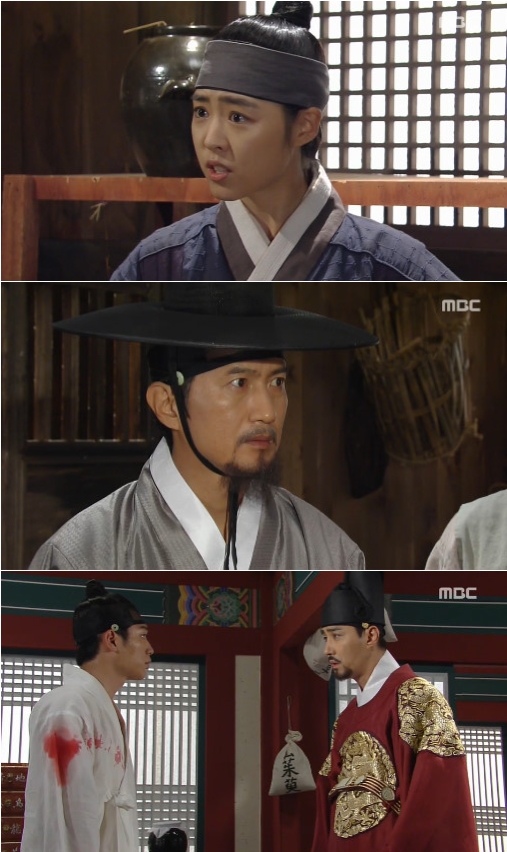 Joo-won (Seo Kang-joon) in place of Jeongmyeong was stabbed by one of the assassins and fell down. Jeongmyeong allied with Gwanghae (Cha Seung-won) to find out who were behind the assassins. Jeongmyeong decided to talk to Heo Gyun (Ahn Nae-sang) face to face. When Joo-won woke up from coma, he explained to Gwanghae about Jeongmyeong's profound ideas.

Jeongmyeong went to talk to Heo Gyun and made him confused with lies. Jeongmyeong told him, "I've been chased down. They think I've been secretly communicating with you. Do you know anything". She also asked him to help her get out of the capital city. Heo Gyun tilted his head in doubt.

"[Spoiler] 'Splendid Politics' Lee Yeon-hee stands on the risky side in order to save Seo Kang-joon"
by HanCinema is licensed under a Creative Commons Attribution-Share Alike 3.0 Unported License.
Based on a work from this source