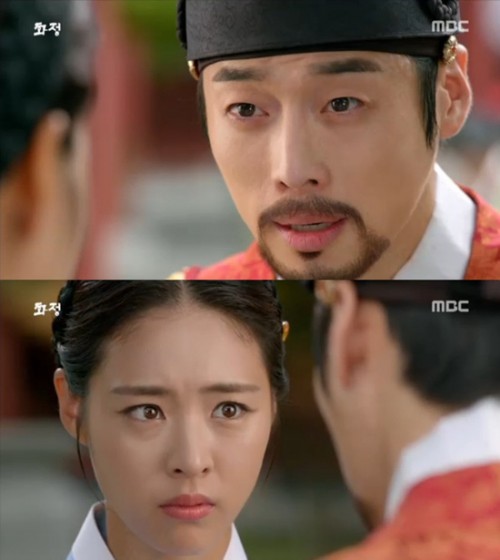 In the 32th episode of MBC's Monday-Tuesday drama "Splendid Politics" which aired on the 28th, King Injo (Kim Jae-won) was shown to give Princess Jeongmyeong (Lee Yeon-hee) a warning.

In the episode, King Injo was angry and said, "I will kill the princess one day" because she had his servant Cho Yeo-jeong (Kim Min-seo) beaten, the one who he has an affection for.

He snarled at her saying, "You're looking busy. Where are you going? Are you running around trying to outshine me, the king, today again?" The Princess responded, "You are mistaken!"

The King said, "Shut up! How long do you think you would get away with disrespecting me? Do you think I'll just let you do that? I didn't become King to be treated like this. I didn't become king to see someone below me to talk down to me".

He then walked up very close to the princess and said, "Do you know what power is? It is making people shut their mouths in front of me! I'll show you true power. I'll make you unable to say a word in front of me except to plead 'spare me' or 'I'm sorry'".

"[Spoiler] "Splendid Politics" Lee Yeon-hee VS Kim Jae-won, "You don't know anything about power! I'll show you true power""
by HanCinema is licensed under a Creative Commons Attribution-Share Alike 3.0 Unported License.
Based on a work from this source