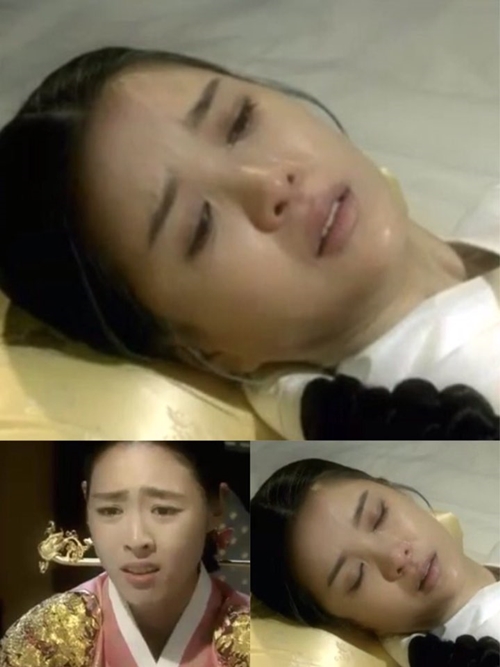 The 39th episode of MBC's Monday & Tuesday drama, "Splendid Politics" showed Joseon 10 years later since Jeongmyo-Horan. There were many changes and Queen Inmok's death was one of the changes.

Queen Inmok was holding Princess Jeongmyeong's hands tight until the end. The queen asked the princess, "Please stay safe. You and this nation...".

Queen Inmok had been showing her deep ardent motherly love for Princess Jeongmyeong and the nation at each critical situation throughout the drama.

While Queen Inmok and Princess Jeongmyeong had lived more time separated from each other than being together, and the two had experienced hardships and difficulties when reunited, it was again a long parting between the two as Queen Inmok died.

"[Spoiler] 'Splendid Politics' Queen leaves the show with tears"
by HanCinema is licensed under a Creative Commons Attribution-Share Alike 3.0 Unported License.
Based on a work from this source