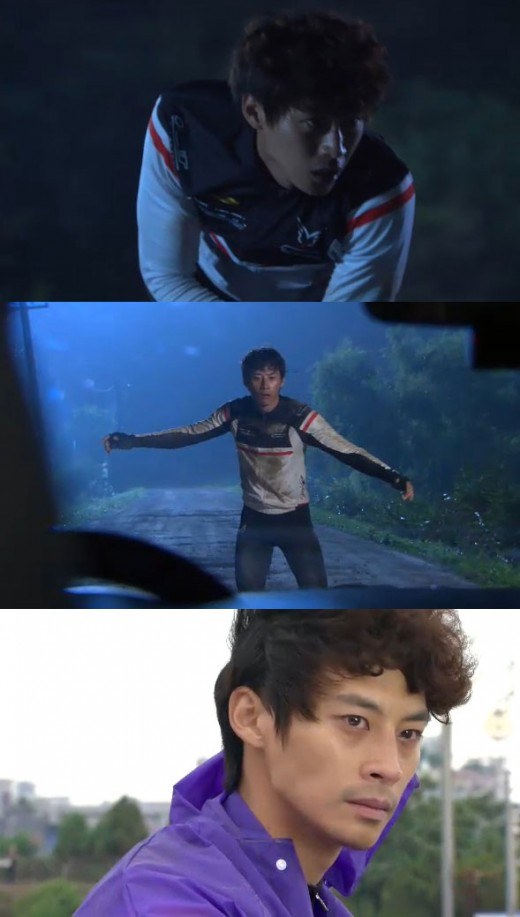 Jung Eun-woo got into some trouble as he was accused as a spy while defecting to North Korea.

Yeong-ho (Jung Eun-woo) tried to defect over to North Korea on the SBS cine-drama "Stranger".

Yeong-ho received money for his family, who were taken to concentration camps because of him, but he ended up running away with it. He tried to kill himself in despair but that didn't work. He heard he would become a hero if he went back to North Korea and decided to do so.

He stole some ID and clothes from a contest participant near the truce line and swam across the river. Happiness was short-lived as a taxi drove by with K-Pop coming out of it. He asked the driver where he was and found out that he was in Kimpo.

Being the child of a senior official in North Korea and having kidnapped a commoner, Yeong-ho was accused of being a Southern spy. In the end, he succeeded in making an escape.

However, the North didn't accept him and he became a stranger between the North and the South.

"[Spoiler] "Stranger" Jung Eun-woo, accused as spy"
by HanCinema is licensed under a Creative Commons Attribution-Share Alike 3.0 Unported License.
Based on a work from this source