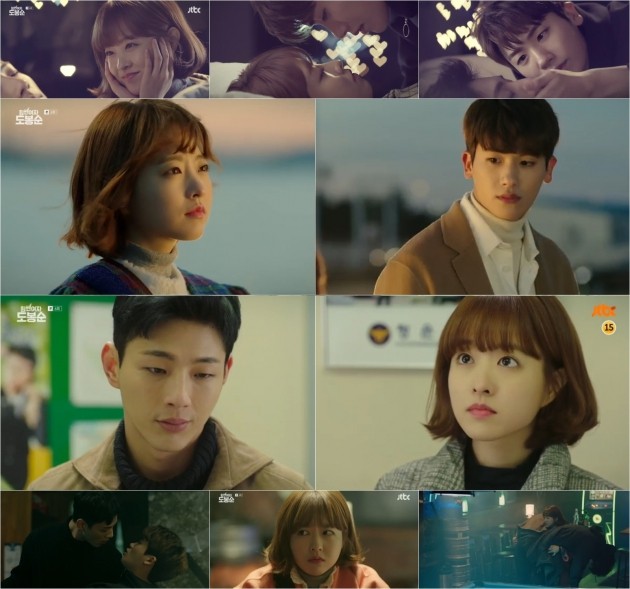 The romance moments in the JTBC drama "Strong Woman Do Bong-soon" set the record this weekend.

The latest episode of the drama recorded 8.7% on the 11th.

It is a 0.4% increase from the previous record.

Later, Ahn Min-hyeok introduced Do Bong-soon as his girlfriend to his family and told his parents, "I'll have grandchildren for you soon". In Doo-gook also broke up with his girlfriend Hee-jee (Seol In-ah) thanks to Do Bong-ki (An Woo-yeon).

"[Spoiler] "Strong Woman Do Bong-soon" sets record, Park Hyung-sik and Ji Soo tries to steal Park Bo-young's heart"
by HanCinema is licensed under a Creative Commons Attribution-Share Alike 3.0 Unported License.
Based on a work from this source