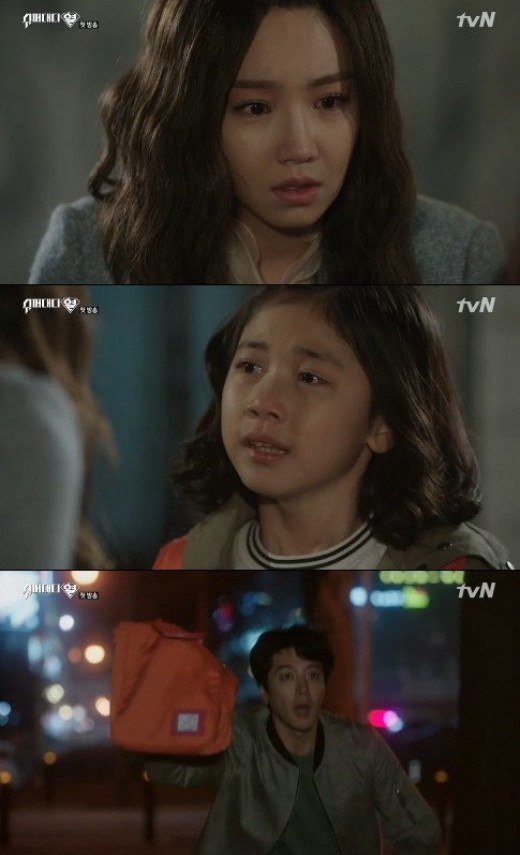 Lee Dong-gun and Lee Yu-ri will meet again in 10 years?

On the March 13th episode of tvN's 'Super Daddy Yeol', Cha Mi-rae (Lee Yu-ri) was diagnosed with terminal cancer and later went to see her daughter Cha Sa-rang (Lee Re).

Cha Sa-rang was staying at Han Yeol (Lee Dong-gun)'s house when her mom came to see her. Cha Sa-rang started nagging, "You told me you had something to say. You said you'd come back soon".

Although Cha Mi-rae said there was a problem, it did not work. Cha Sa-rang was still upset and said, "I need a dad. I need someone, who can eat with me and listen to my stories and play with me, even when you're not with me, I mean I'd like have dad once".

When Han Yeol went out carrying Cha Sa-rang's shoes bag that she left behind, he happened to take a glance at Cha Mi-rae. Cha Mi-rae and Han Yeol used to be a couple 10 years ago, who broke up then.

"[Spoiler] 'Super Daddy Yeol' Lee Yu-ri's daughter meets Lee Dong-gun: their destined encounter"
by HanCinema is licensed under a Creative Commons Attribution-Share Alike 3.0 Unported License.
Based on a work from this source