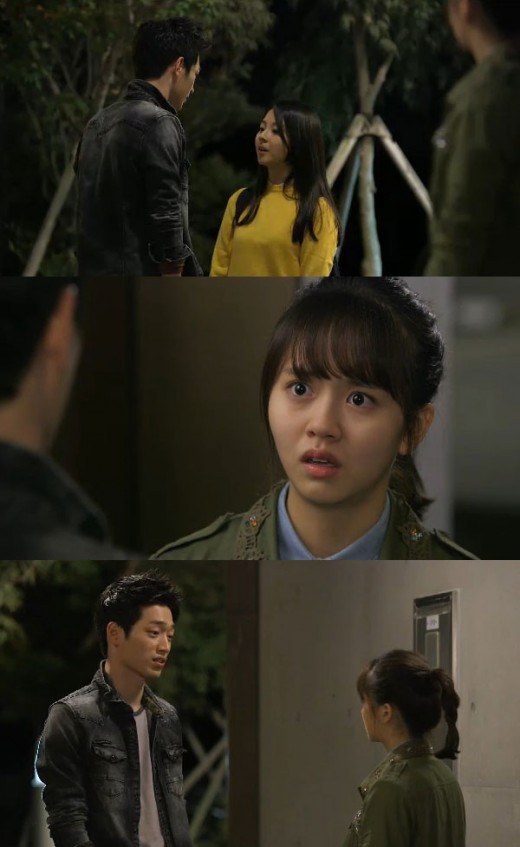 Kim So-hyun was betrayed by her boyfriend Seo Kang-joon.

Han-kyeol told him everything that was putting her through a hard time and decided to leave with him. However, he didn't show up at the bus station and she saw him with another girl in front of his house.

She asked him why he wasn't there and he said, "You asked me if I really like you. I think you are the one who used me. I am not some drain where you spill out your guts into. You always talk about yourself and play around with other people".

She asked why he suggested running away and he said, "I just threw that out there but you fell for it tonight. You were totally over reactive" and sneered at the fact that she said "let's be together forever".

At the point where she was betrayed by Soo-hyeok and framed for sleeping with older men, Han-kyeol decided to kill herself.

"[Spoiler] "Suspicious Housekeeper" Kim So-hyun is betrayed by boyfriend"
by HanCinema is licensed under a Creative Commons Attribution-Share Alike 3.0 Unported License.
Based on a work from this source