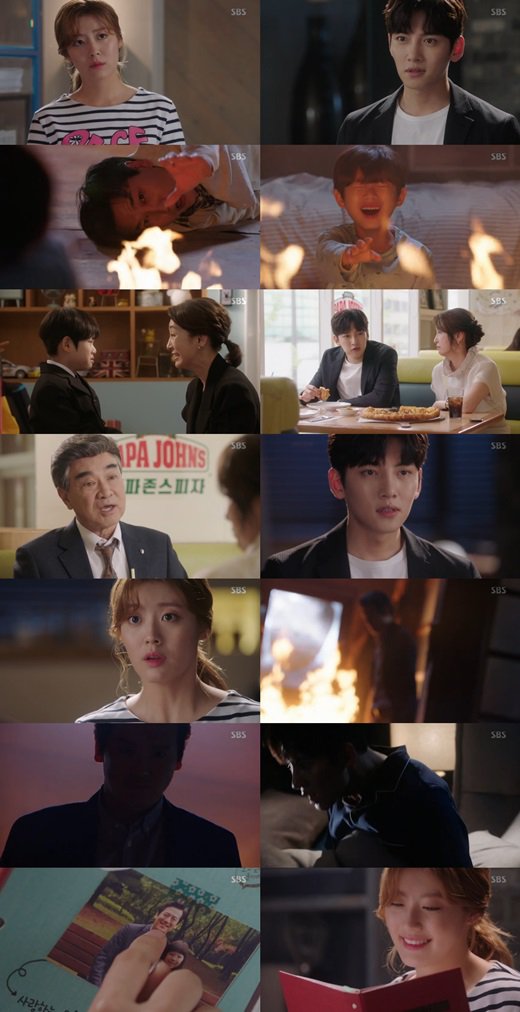 Ji Eun-hyeok was in charge of the case and Eun Bong-hee struggled to find out the truth. Noh Ji-wook comforted Eun Bong-hee who worked so hard and acknowledged her as his superior.

Then Noh Ji-wook's family history came into the story. Noh Ji-wook told Eun Bong-hee about his family. His mother Hong Bok-ja (Nam Gi-ae) who ran a pizza restaurant was his step-mother. She was his real mother's friend.

Noh Ji-wook's real parents passed away in a fire. So his mother's friend took him in. His step-father was Byeon Yeong-hee (Lee Duk-hwa) who he worked with.

Eun Bong-hee claimed she had two fathers but she would tell him the rest later.

Noh Ji-wook's childhood also played by in his memories. A man with a scary face walked by his father who was down. Noh Ji-wook was crying looking at this man.

When Noh Ji-wook woke up from his dream. Eun Bong-hee took out a picture of her father. It was the face Noh Ji-wook saw in his dream.

"[Spoiler] "Suspicious Partner" Ji Chang-wook and Nam Ji-hyun, family complications?"
by HanCinema is licensed under a Creative Commons Attribution-Share Alike 3.0 Unported License.
Based on a work from this source