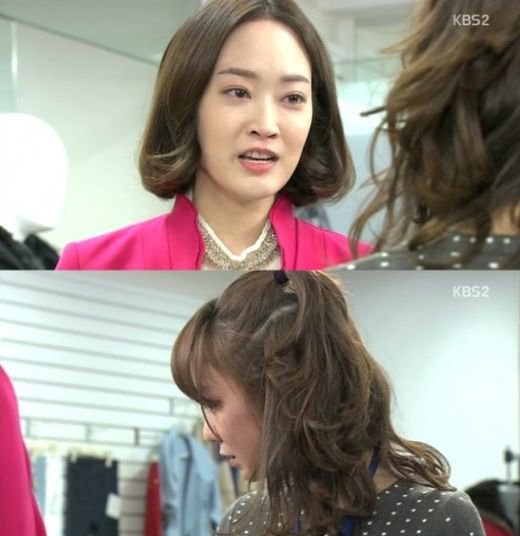 Han Ah-reum stepped on a chair to reach some fabric on a shelf and stumbled almost falling down. Cheon Seong-woon (Kim Heung-soo) came into the design room at the moment and grabbed Han Ah-reum from behind and saved her from the dangerous situation.

As Cheon Seong-woon threw his body to protect Han Ah-reum, their faces became so close that the two felt some unexplainable emotions.

Go Yoon-i who was at the scene became furious and slapped Han Ah-reum on the face as soon as Cheon Seong-woon went out of the room.

Go Yoon-i said, "Didn't I tell you? You should get it when I tell you nicely. Why do you act like that in front of a couple who will be engaged soon? Don't look at my boyfriend. Don't even smile. Don't even make your presence in front of him".