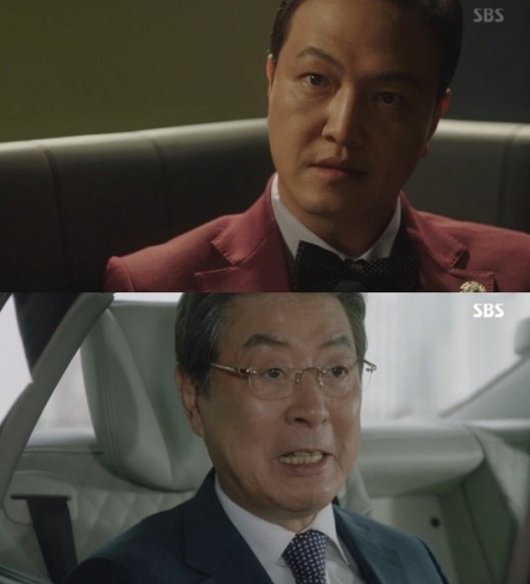 On the latest episode of the SBS drama "Switch - Change The World", Geum Tae-woong (Jung Woong-in) usurped Choi Jeong-pil's (Lee Jung-gil) position despite being faithful to him for so long.

Geum Tae-woong met the members of the Namsan Club and sat in Choi Jeong-pil's seat. He said "The Namsan Club needs a change. The one with a stronger sense of leadership is the real leader". He expressed that Choi Jeong-pil should be removed from his post.

The members of the club agreed with Geum Tae-woong. They decided to look into the future and told Choi Jeong-pil to step down.

"[Spoiler] "Switch - Change the World" Jung Woong-in Betrays Lee Jung-gil"
by HanCinema is licensed under a Creative Commons Attribution-Share Alike 3.0 Unported License.
Based on a work from this source