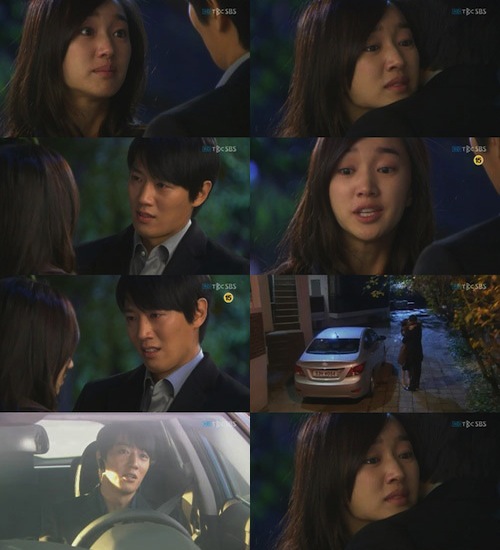 On the eleventh episode of SBS drama "A Thousand Days' Promise", Seo-yeon (Soo Ae) finally promised to get married with Ji-hyeon (Kim Rae-won) after cryong her eyes out as she was lost in the streets.

On this day, he took her home and said, "Let me enter your life". But Seo-yeon said, "Why are you throwing yourself in the mud? You will be shackled".

However, she hugged him and said, "Have me. I want to be with you" as she confessed her hidden feelings for him and decided to leave everything up to him.

Later, Seo-yeon dreamt of married life with Ji-hyeon and seemed much brighter and she took treatment differently too.

"[Spoiler] [TD On Air] "A Thousand Days' Promise" Soo Ae and Kim Rae-won promise to get married"
by HanCinema is licensed under a Creative Commons Attribution-Share Alike 3.0 Unported License.
Based on a work from this source