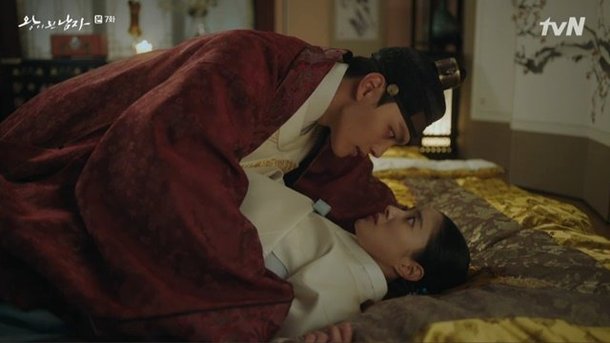 Tyrant Yeo Jin-goo forced Lee Se-young to bed with him.

On the latest episode of the tvN drama "The Crowned Clown", the tyrant king Lee Heon (Yeo Jin-goo) came back to the palace.

As soon as he returned, he kicked out the clown Ha Sun (Yeo Jin-goo) and hastened the day he was to sleep together with his Queen Yoo So-woon (Lee Se-young). When he saw that she had changed her attitude towards him after having being cold to him for so long , he was jealous. Yoo So-woon thought Lee Heon was Ha Sun and said, "I will happily fulfill my duties as your queen".

Lee Heon said, "I have not given you anything yet so forget everything". He had indirectly mentioned that he was a different person from Ha Sun. Lee Heon forced Yoo So-woon on the bed and undressed her. She realized Ha Sun was now Lee Heon and quickly stopped his hands. 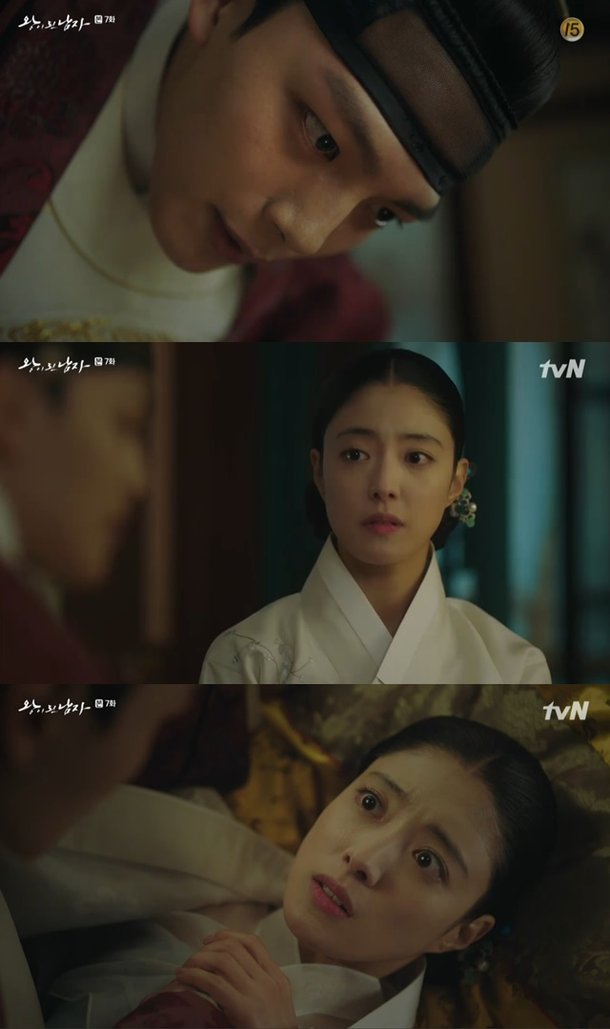 "[Spoiler] "The Crowned Clown" Tyrant Yeo Jin-goo Forces Lee Se-young to Sleep With Him "
by HanCinema is licensed under a Creative Commons Attribution-Share Alike 3.0 Unported License.
Based on a work from this source