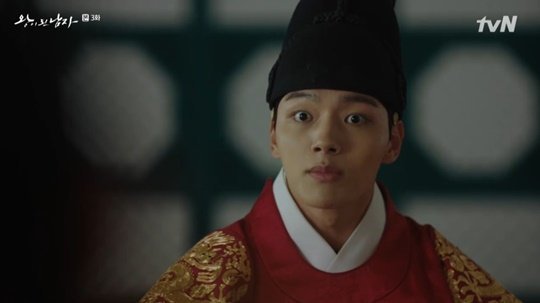 Lee Gyoo (Kim Sang-kyung) ordered Ha Seon to make a scene in front of the Queen Mother. The next day, Ha Seon went to greet the Queen Mother and also ran into Queen Yoo So-woon.

Ha Seon and Yoo So-woon met the Queen Mother (Jang Young-nam) together. She offered them tea, but Ha Seon didn't drink it. The Queen Mother asked if he thought she was going to poison him and blamed the Queen who apologized.

Ha Seon followed Lee Gyoo's order and caused a scene. He flipped the tea table and brought Yoo So-woon outside. The Queen warned him that he was going to be held accountable for his actions and never to do it again. 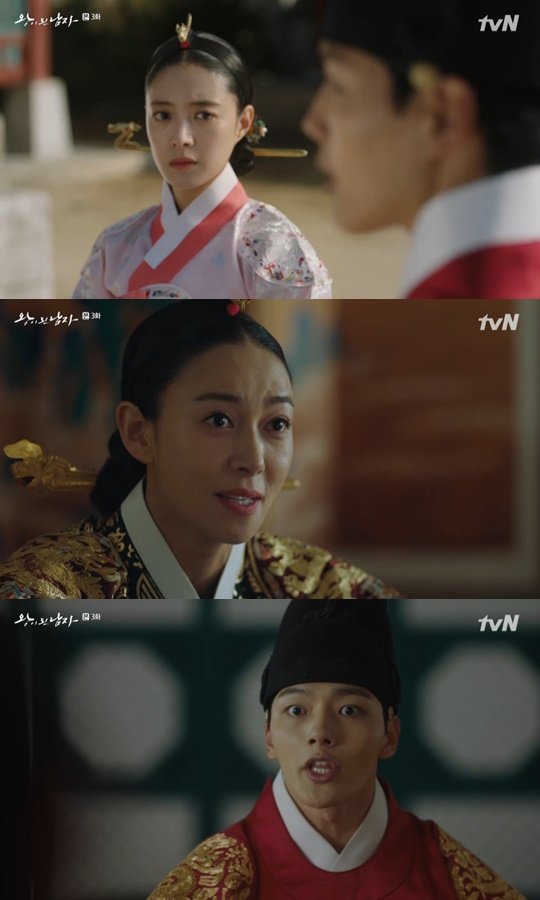 "[Spoiler] "The Crowned Clown" Yeo Jin-goo Causes a Ruckus"
by HanCinema is licensed under a Creative Commons Attribution-Share Alike 3.0 Unported License.
Based on a work from this source