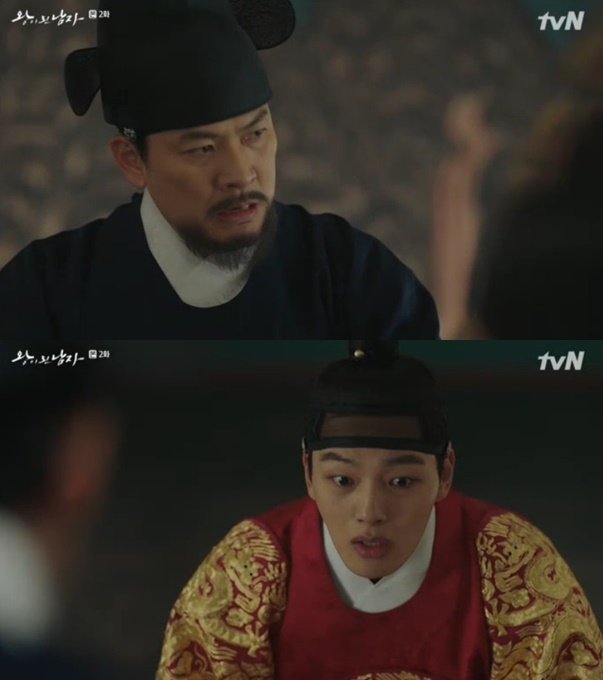 On the latest episode of the tvN drama "The Crowned Clown", Ha Seon (Yeo Jin-goo) pretended to be the king.

Lee Gyoo (Kim Sang-kyung) told Lee Hyeon (Yeo Jin-goo) that there had been a petition to kill his father. Lee Heon ordered the beheading of his father-in-law.

Lee Gyoo was surprised, but delivered the order to Ha Seon. He told Ha Seon to memorize, "Remove my father-in-law from office and behead him".

However, in front of the ministers Ha Seon said, "Remove my father-in-law from office and enshrine him". He kept the promise he made with Yoo So-woon (Lee Se-young). 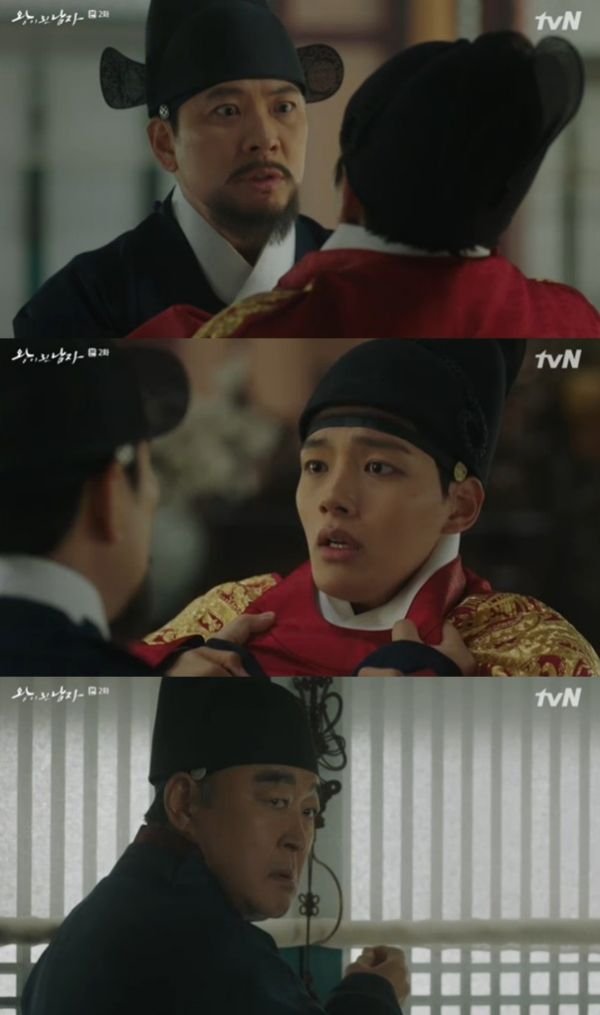 "[Spoiler] "The Crowned Clown" Yeo Jin-goo Disobeys Order for Lee Se-young"
by HanCinema is licensed under a Creative Commons Attribution-Share Alike 3.0 Unported License.
Based on a work from this source